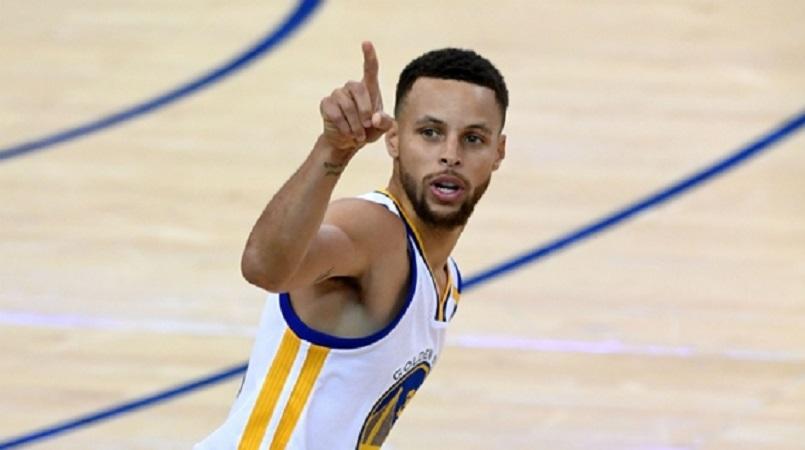 After helping the Golden State Warriors to a second NBA title in three seasons, Stephen Curry is stepping off the court and onto the course.

The two-time MVP point guard has accepted an invitation to compete at the Ellie Mae Classic in August at TPC Stonebrae, the PGA Tour announced on Wednesday.

Curry will not have to travel far for the Web.com tour event, with TPC Stonebrae under 30 minutes away from the Warriors' Oracle Arena home.

"We are elated to have Stephen Curry compete in this year's Ellie Mae Classic at TPC Stonebrae," tournament director Trish Gregovich said in a statement.

"Our long-standing goal has been to create a meaningful community impact through this event, and allowing a true pillar of the Bay Area community and a genuine sports superstar inside the ropes to compete alongside future PGA TOUR stars helps to elevate that effort."

.@StephenCurry30 to compete with the pros at this summer's @elliemaeclassic

Curry, who will keep his amateur status and compete on an unrestricted sponsor exemption, is excited to give back to his team's charity.

"I'm honoured to have the opportunity to play with the pros in the upcoming Ellie Mae Classic, not only to be able to compete against some of the best golfers in the world, but to also help bring light to the tournament's charitable footprint of giving back to the Warriors Community Foundation," Curry said.

"Golf has always been a passion of mine and it's a dream come true to get the chance to play inside the ropes amongst the pros in a PGA TOUR-sanctioned tournament."

An avid golfer, Curry will compete in an official event against tour pros for the first time after previously participating in the last four American Century Championship events. He'll make his fifth appearance at that celebrity tournament next month.