Visiting athlete to amp up competition 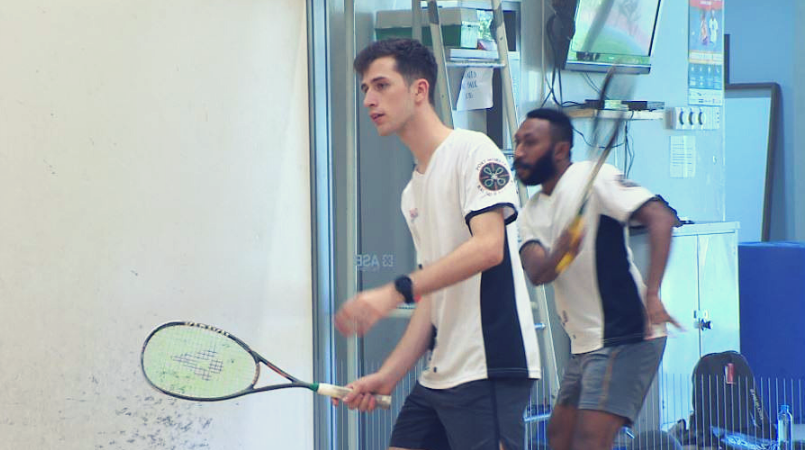 The young Australian is looking forward to a healthy competition and is also hoping to claim his second international title of the year.

David Turner, who grew up in Central Queensland, started playing squash at a very young age. His hard work will soon pay off as the young athlete will be turning pro in July.

“My parents owned the squash club from where I grew up so I was on the court since I was two years old, always running around and having a hit with friends and I just loved it and played ever since,” he said.

“I’m affiliated with the Daisy Hill (Squash & Racquet) Club in Brisbane, Daisy Hill. My coach is Bradley Hindle, who is an ex-world 64. So I’ve been training with him for 12 months now and we’re looking to go pretty well.”

Turner has signed up to the Professional Squash Association, which is the governing body for the men's and women's professional squash circuit.

“From the 1st of July I’ll be a professional squash player.

“The professional games are a lot quicker, a lot more intense and takes a lot more heart and skill to win matches,” he said.

He is encouraging upcoming squash players to never lose focus.

“Just keep at it. Train hard and keep playing,” he said. “Mostly enjoy it. Enjoy it first, don’t think too much about winning.”

Turner will be in the country until next Tuesday. He won his first match this morning, and hopes to take home the title when the tournament ends on Monday.