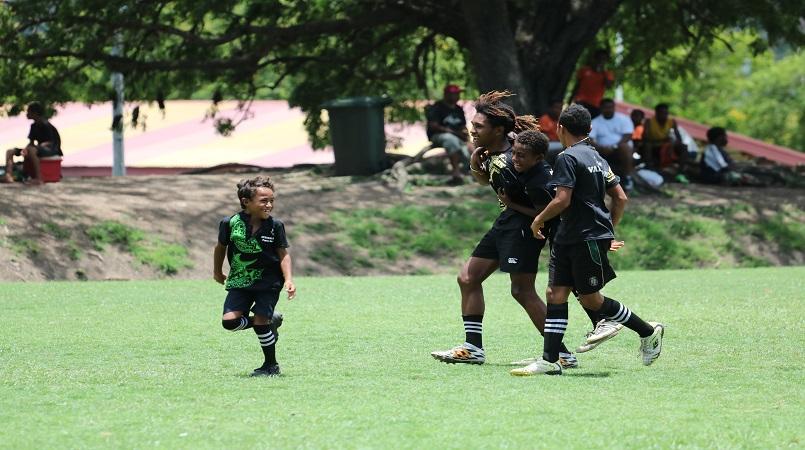 Vabukori claimed the honors in the Pool A division grand final of the Unified Football competition after beating Gabagaba 2-0 in yesterday’s grand final at the Sir John Guise Stadium.

It was Vabukori’s goal scoring machine, Steven Abraham who played a key role scoring in the 1-0 semi-final win over Wardstrip Primary earlier in the day to book the first spot in the grand final.

Abraham then combined with Rei-Konio Morea to steer their side home to the win over Gabagaba.

18 year old Abraham finished with 13 goals for the 2017 season, winning him the Golden Boot award.

“I was really happy that I helped lead Vabukori go all the way and win the grand final, “said Abraham.

In the Pool B grand final, Sacred Heart Primary defeated Hanuabada 2-1 in a penalty shootout.

Meantime, the Unified Football Program Coordinator, Willie Vaira thanked all 14 participating teams plus the sponsors including Digicel PNG and PNG Sports Foundation for their support to the competition.

“Run by Special Olympics, Unified Football is all about bringing people with intellectual disabilities and able people together in sports.

“Thank you to everyone for making the effort in making the players feel part of the community, “said Vaira.