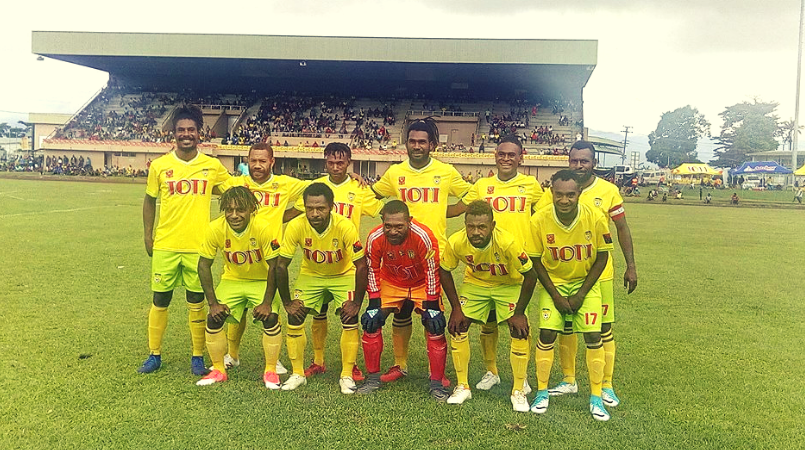 Toti City Dwellers FC tasted defeat after a long while, and a home game at that.

Besta PNG United FC gave the National Soccer League champs a taste of their own medicine over the weekend, with a one nil score-line.

It was a fair match of flair and pressure.

In the 75th minute, Besta PNG had a direct penalty come its way when they added pressure to Toti’s defense and goal keeper Matheson Nasa caused a foul against Besta’s striker.

A third-placed Besta PNG converted that penalty with ease, giving a second-placed Toti its first loss on home ground, and for the season.

Toti has now recorded an overall six games lost, since they joined the NSL competition 5 years ago.

The team recently returned from New Zealand after having played and lost to Auckland City FC in the OFC Champions League.