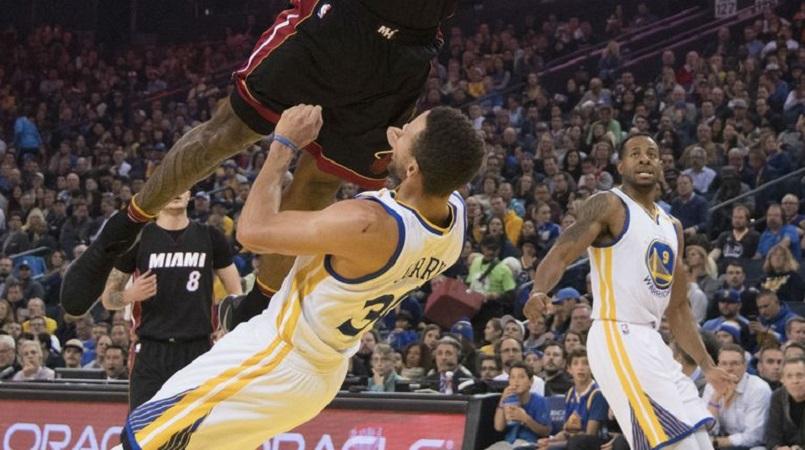 Yes, the Warriors beat the Miami Heat handily, 107-95. Yes, Curry scored 24 points on the night, and tacked on 8 rebounds and 9 assists in a stellar performance.

But Curry got ruined on Tuesday night, when he tried to take a charge and got in the way of a James Johnson dunk, one of the most inadvisable decisions I’ve ever seen made on a basketball court. Johnson dunked him into oblivion and the internet lost its mind.

The photo is of Jones demolishing Curry. Curry’s caption: “sometimes fundamentally sound doesn’t get you anywhere!”