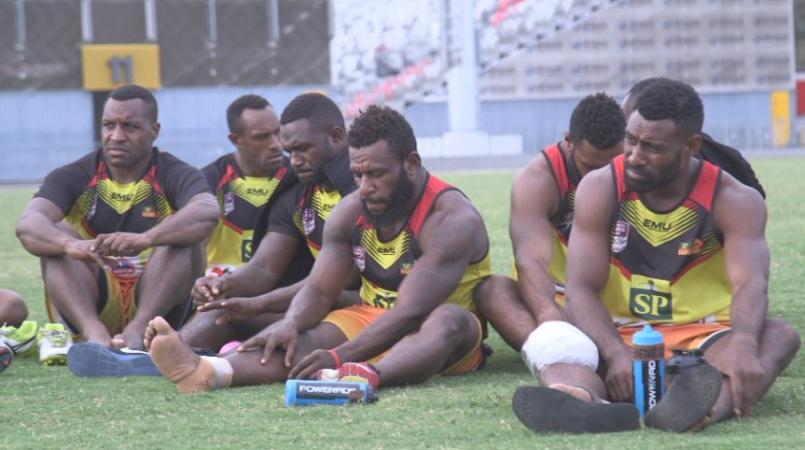 They know what they have to do, and where they want to be.

The sixth-placed SP PNG Hunters aim to play in the Intrust Super Cup finals, and that will be their focus for the remaining games.

The SP PNG Hunters’ winning streak started in round 18 of the Intrust Super Cup.

Since then, they have secured an impressive 6 consecutive wins under their belts.

However, celebrations will have to wait as the team eyes the finals.

SP Hunters assistant coach, Nigel Hukula, says to realise that goal, they aim to secure another two points from the round 24 match against the Central Queensland Capras this Saturday evening.

“But the focus, again, is on our processes and making sure that we do what we can to help ourselves, to put ourselves in the best position,” he said.

“If we can get a better result and finish anywhere outside of the top 3 or 4, that’s good for us.”

It was noted that in the dying minutes of the last two games, the SP Hunters had relaxed their defense, leaving gaps for the rival teams to score.

Hukula says they are working on that, as well as the completion of sets.

Meantime, Willie Minoga will be sitting their final round 24 clash out due to a groin injury.

Thompson Teteh returns and will take his spot in the centres.

The rest of the starting line-up remain unchanged.

Meantime, utility back Adex Wera becomes the second player after Wartovo Puara Jr to reach the 100 games milestone for the SP PNG Hunters.

Wera is SP Hunters number 6 and was a member of the first SP Hunters team that played the Redcliffe Dolphins in March 2014.