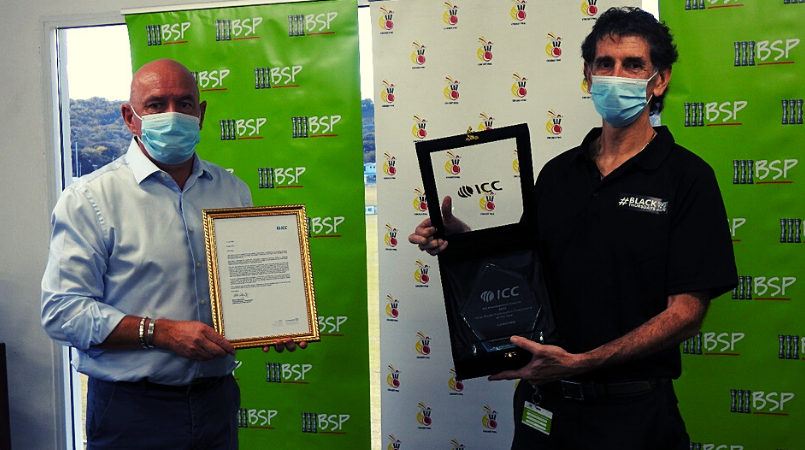 The ICC has celebrated emerging cricket nations with their ICC Development Awards, recognising the outstanding achievements of Associate Members in 2019.

Cricket PNG was one of the six global champions being awarded the prestigious Gray-Nicolls Participation Progamme Of The Year Award over fellow regional winners Botswana, Brazil, Malaysia and Netherlands.

The Award was based on the Cricket PNG program initiative’s success with the BSP School Kriket and Cricket for Good programs through 2019.

The BSP program, in its twelfth consecutive year, continues to exceed expectation in participants and has the highest output of any grassroots program in the associate cricket world.

Partnering the BSP program was the newly created Cricket For Good a Child Fund Australia pilot program that was introduced into PNG to address social issues and to build confidence in often disenfranchised youth and young adults. This program was hugely successful in its first year with demand stretching our ability to service all interested communities.

Cricket PNG spokesman, CEO Greg Campbell, said: “On behalf of Cricket PNG, we are honoured to have received this prestigious award. It gives recognition to our hard-working community development teams within the BSP School Kriket and Cricket for Good programs.

“We use cricket as a vehicle to drive social change and education in our communities. The value is evident when you see the numbers and results of these programs. They both promote the spirit of cricket in a positive and inclusive way and have been the introduction to our sport for many of our national team stars.

“Cricket PNG would also like to take this opportunity to thank Mr Robin Fleming and the whole BSP organisation for their long and continued belief in our community development initiatives. It is a rare relationship in modern times to have a sponsor’s commitment and belief over such a long period, this Award would not be possible without their most valued support.”

BSP Group CEO, Robin Fleming, when receiving the award at Cricket Haus, said he was thrilled to be receiving this Award on behalf of BSP from Cricket PNG.

He said BSP will continue to support the program that will help develop many more children into national cricket champions.

He also lauded Cricket PNG’s staff commitment and effort in all regions across PNG, guaranteeing the BSP program’s continued success and growth.

The Cricket PNG  BSP and Cricket for Good programs have adopted COVID-19 safe operating procedures in 2020 and are continuing to deliver these internationally recognised programs to PNG schools and communities where allowed under prevailing National Government COVID-19 protocols.