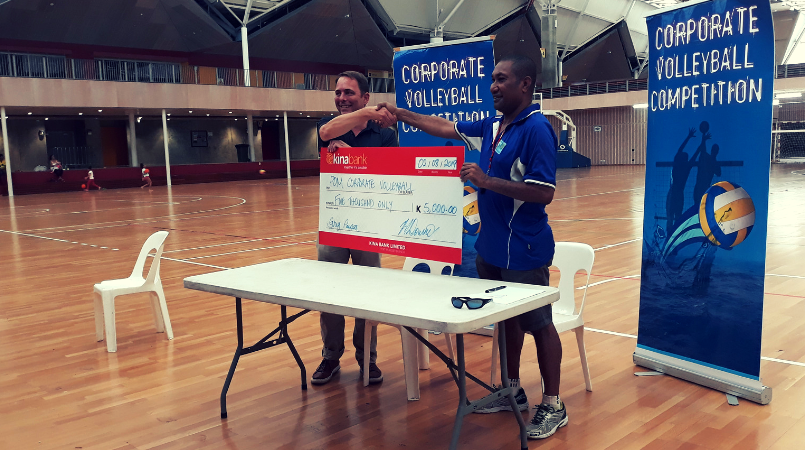 The POM Corporate Volleyball Competition has announced its participation in the 2019 national volleyball championships in Lae currently planned for November.

In announcing its participation, POM Corporate Volleyball has made a call out to corporate sponsors to come on board and support the team.

Kina Bank was the first organisation that has backed them with a sponsorship of K5,000.

POM Corporate Volleyball Competition or POMCVC is one of the newly established volleyball associations in Port Moresby and has grown over the last two years. The Association has just recently completed its finals for this season - Season 3 - and is now focusing on preparations for the national championships in Lae.

POMCVC is made up of about 52 corporate teams both from the private and government sector that take part in Sunday volleyball games at TAC. An Industry Challenge was created for the teams during the Queen’s Birthday long weekend this year. During the Challenge, players were selected from these 52 teams and put into four different categories according to their organisational specialties. The categories included the banks, government departments, statutory authorities and the private sector.

Players were then selected from the above tournament to make up the POMCVC train on squad for the national championships in Lae.

The Association is now reaching out to corporate entities to assist with sponsorship for the team.

In accepting the cheque from Kina Bank, Association Vice President Henry Aika thanked the Bank for its generosity.

He said the team has made similar calls to other banks and the corporate industry and is awaiting feedback from them.