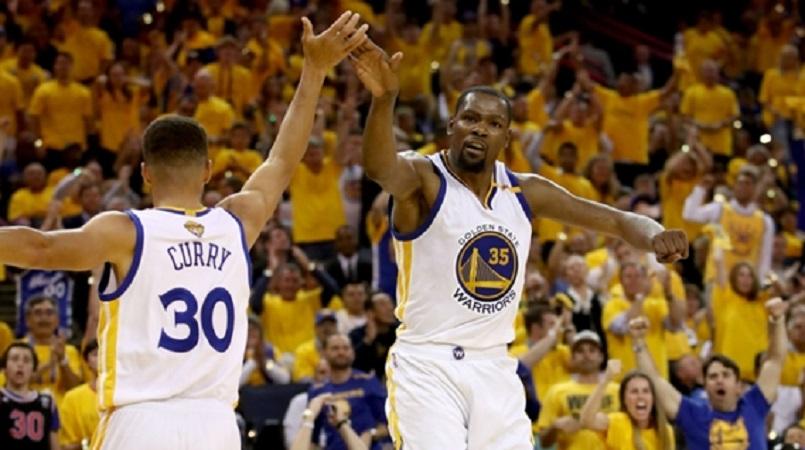 Reggie Miller described defending NBA champions the Golden State Warriors as having "the perfect storm" of talent as they bid to claim a third title in four seasons.

The Warriors are the undisputed favourites to retain the Larry O'Brien Trophy, with Golden State boasting two-time MVP Stephen Curry, 2014 MVP and reigning finals MVP Kevin Durant, 2017 Defensive Player of the Year Draymond Green and Klay Thompson on their roster.

Curry, Thompson and Green are all tied to long-term deals, with Durant taking less money to keep the team together, allowing the Warriors to re-sign important pieces such as Andre Iguodala, Shaun Livingston and Javale McGee.

And five-time All-Star Miller said of Golden State on a conference call: "The Warriors — it's almost like a perfect storm.

"You have everything encompassed in your players, as well as your coaching staff, you've won two out of three championships, you've got two of the top 10 players in Steph and KD and you've probably got four of the top 20 players including Draymond and Klay, it's the perfect storm.

"They are all young … and they play the right way. There's no ball-hog, there's no sticking, it's a beautiful game to watch; there's back cuts, there's proper screening, there's fast breaks, there's threes, and they play great defense. Great defense. I feel like I'm gushing over them. I wish there was another team that was like that."

As a player Miller lost five times in the Eastern Conference Finals with the Indiana Pacers, suffering defeat to Michael Jordan and the Chicago Bulls in 1998.

And he sees similarities between the Warriors and that Bulls team in terms of their popularity, pointing to the reaction the Warriors received during their recent preseason games in China.

"They arrived [in China] at three, four o'clock in the morning and there was one, two thousand people waiting for them at the airport and at their hotel," Miller added.

"It reminds me a lot of like when Michael Jordan and the Chicago Bulls used to travel. It was like the Beatles were coming, and the Warriors have that effect."