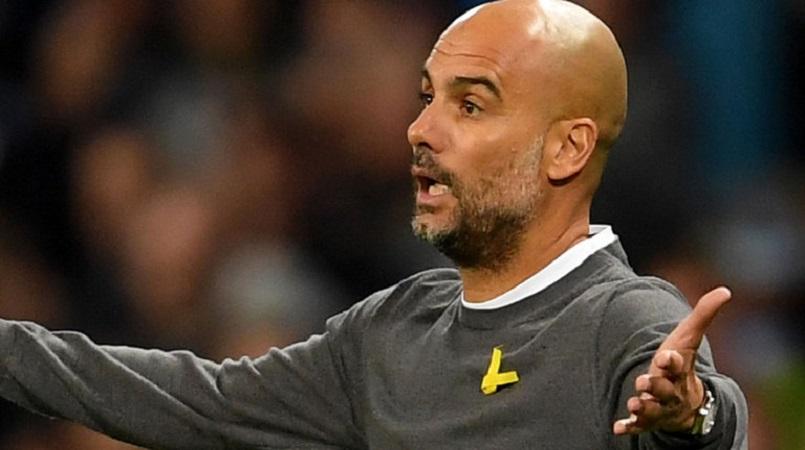 Manchester City manager Pep Guardiola has been charged by the Football Association for "wearing a political message, specifically a yellow ribbon".

The FA said in a statement the yellow ribbon worn by the former Barcelona boss on his jacket in support of imprisoned Catalan politicians was in breach of its kit and advertising regulations.

Guardiola, whose side face Arsenal in the Carabao Cup final on Sunday, live on Sky Sports, has until 6pm on Monday, March 5 to respond to the charge.

The 47-year-old, who was born in the Catalan town of Santpedor and spent the best part of 20 years at Barcelona as player and coach, has previously explained his reasons for wearing the ribbon, which he has sported since at least November.

Speaking in December, he said: "I do that because in Spain two specific people who defend something like the vote, something the people in command do not agree [with], are in prison. It's unfair.

"To make a rebellion on something like that, you have to be something tough to be in prison. And they are still there. So, while they are not out, always here [points to ribbon] will be shared with me.

"Because, OK, they can suspend me for doing that, but the other people are in jail.

Guardiola was specifically referring to politicians who were imprisoned for their involvement in the Catalonia independence referendum, which was declared illegal by Spain, in October.

The City boss explained his stance in response to comments from Manchester United manager Jose Mourinho, who questioned whether the ribbon was within the rules and claimed he would not be allowed to do a similar thing.