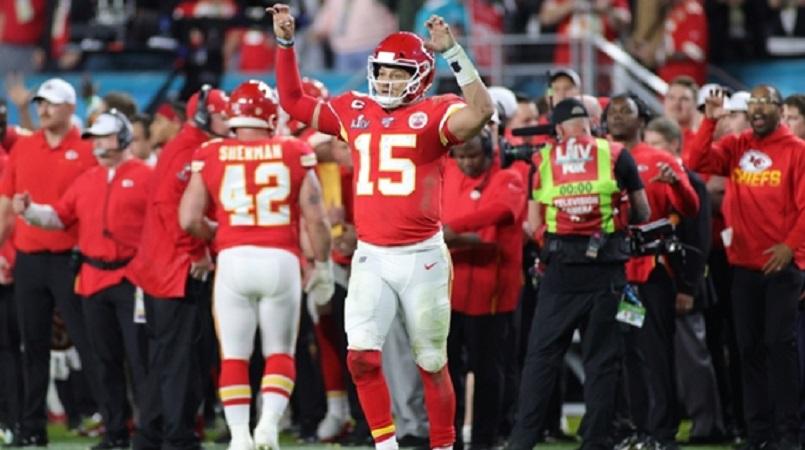 Patrick Mahomes was named Super Bowl MVP after leading the Kansas City Chiefs past the San Francisco 49ers on Sunday.

Mahomes helped the Chiefs produce a fourth-quarter comeback at Hard Rock Stadium, winning their first Super Bowl title in 50 years with a 31-20 victory.

The quarterback, the 2018 NFL MVP, threw his two touchdown passes in the fourth quarter, while he rushed for a score in the first.

Mahomes finished 26 of 42 for 286 yards, two TDs and two interceptions as the Chiefs won their second Super Bowl title.

The 24-year-old became the youngest player in NFL history to win an MVP and Super Bowl.