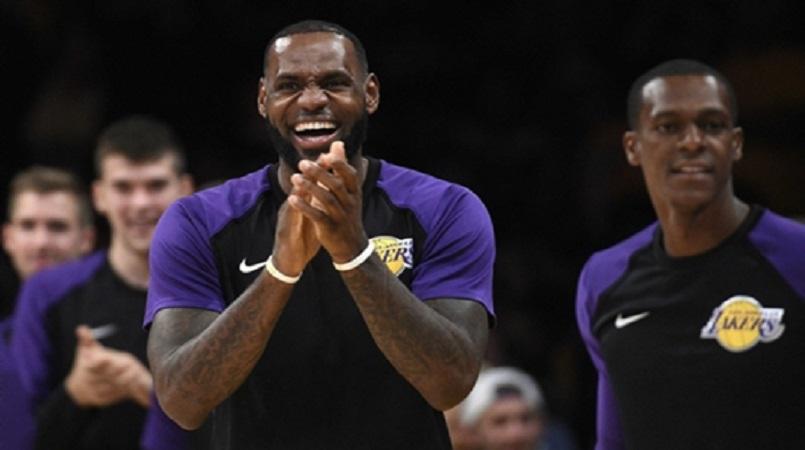 Kaepernick, 30, has not played in the NFL since opting out of his contract with the San Francisco 49ers in 2017, following a season in which he was both praised and criticised for kneeling during the national anthem in protest at perceived police brutality and racial injustice.

But Kaepernick and his protest have remained in the public eye and became the face of Nike's latest "Just Do It" advertising campaign last month, for which he was later backed by James.

And James has again shown backing for the former 49er, sporting Kaepernick's name as the Lakers took on the Sacramento Kings before posting a picture of himself in the apparel on Instagram with the words: "KAEP Drip".