Kalate splashes on his birthday on day 2 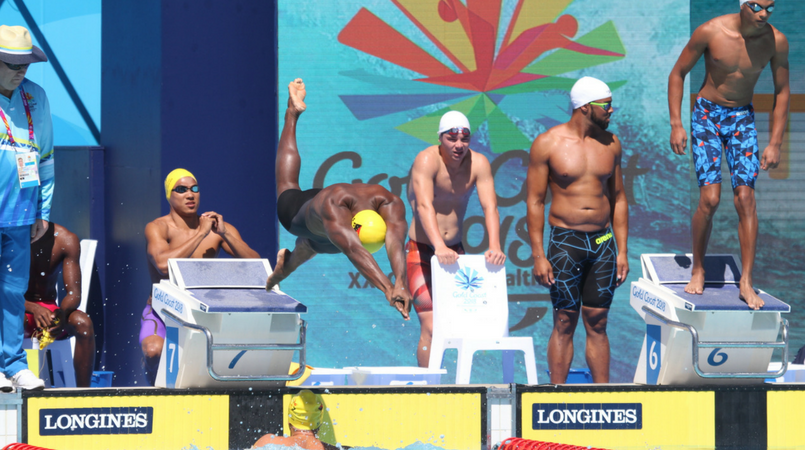 The packed arena added to the exciting atmosphere as the swimming competition went into its second day of competition.

Kalate, debuting for PNG at the Commonwealth Games, contested the men’s 100m breastroke heat and swam in a time of 1.08.11.

The highly contested event was dominated by Australia, New Zealand and England however, PNG made its own mark through Tarere, who registered a personal best against his name with a time of 56.74 in the 100m freestyle.

The swimmers’ combined for their final event of the day in the men’s 4x100m relay heats, which they finished strongly in 3.43.29 seconds.

After a slow start the day before, Team PNG’s lawn bowls showed some fire in their performance on Friday with closely fought matches on the green.

The men’s triples team were edged by 2014 Commonwealth Games gold medallists, South Africa, 16-15, while Catherine Whimp went down to her Norfolk Island opponent 21-11 in the women’s singles event.

In weightlifting, Dika Toua picked up Team PNG’s second medal at the Gold Coast with a silver in the women’s 53kg division.