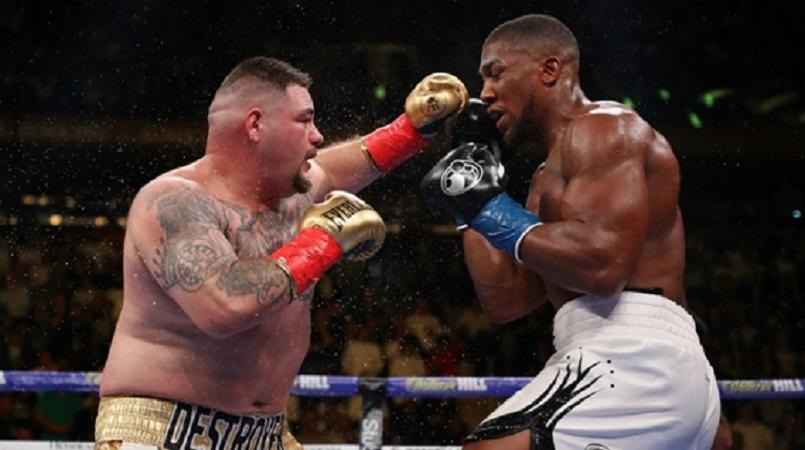 Joshua lost his WBA, WBO and IBF belts to Ruiz in a stunning upset at Madison Square Garden in June.

Matchroom Boxing last week confirmed a rematch for December 7 in Riyadh, with Ruiz having refused to fight in Britain.

The Mexican-American is yet to comment on the scheduled fight, but Matchroom promoter Hearn told a news conference on Monday: "Both fighters signed for this fight. The governing bodies have been informed."

The location of the second bout had long been discussed, with Joshua announcing a desire to fight back in the United Kingdom while Ruiz suggested he would prefer Mexico.

Instead, Saudi Arabia was settled on and Hearn is confident it is a good move for the growth of the sport.

"We had approaches from Saudi Arabia, Abu Dhabi, Dubai and Qatar," he said.

“This is an iconic moment for boxing and the whole world will be watching this fight on December 7 - this is going to be an event that you will never ever forget” - @EddieHearn#RuizJoshua2 #ClashOnTheDunes pic.twitter.com/k6EIJmk9Vz

"We wanted to go somewhere that had a vision for the sport of boxing. We already knew Saudi Arabia was for real and investing in the sport.

"We have to realise that there is another world out there outside of Cardiff and Madison Square Garden. We have an obligation to grow the sport to new areas and regions.

"This event could change boxing forever. If Saudi is going to invest in these fights you could be seeing a big change in the dynamics of the sport, which truly excites me."