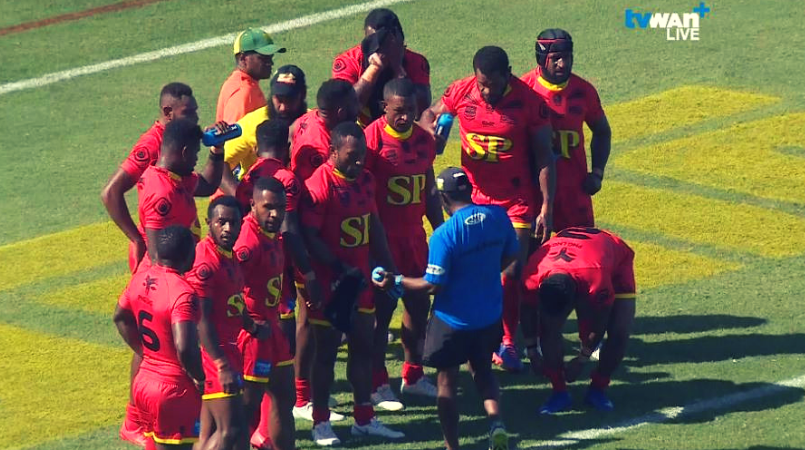 The SP PNG Hunters have suffered their sixth defeat of the season, going down to the Ipswich Jets 28 – 10.

The Hunters looked frustrated as they were unable to chase down the Jets who scored five tries to deliver another blow to the Hunters campaign.

It was tit-for-tat in the opening minutes before the Jets centre, Rogan Dean, beat Brendon Gotuno to cross over in the 9th minute for a converted try to lead 6-0.

The Hunters were able to hold off the Jets’ unconventional style of football, but not for long when Josh Seage bumped his way over in the 23rd minute line to extend the Jets lead 12 – 4.

The Jets added another try when Peter Gubb supported fullback Jayden Connors, who scooted from dummy half and regathered his own chip kick, finding Gubb in support for an 18 – 4 lead.

The Hunters would cross over twice again in the first half but were called back for a forward pass from Joe Joshua to Nima and Gotuno, who was run down before the line, losing the ball in the process.

In the 48th minute, Gubb would score his second try to further extend the lead 22 – 4.

Woods Kawage would score in the 52nd minute when Moses Meninga gets an arm free to offload the ball to the hooker.

The conversion reduced the margin to 12 points.

However, a Jayden Connors try in the 58th minute put the game beyond doubt as the visitors secured their first win in Port Moresby.