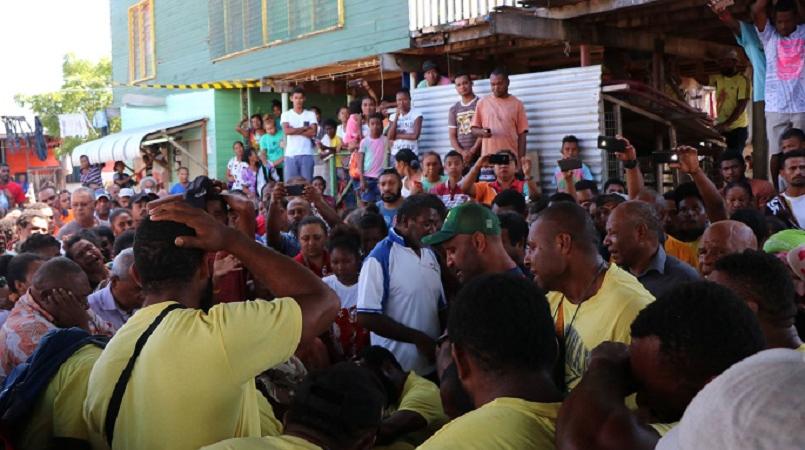 The SP Hunters team are still in shock after the death of Kato Ottio with pre-season training now suspended.

Coach of the Hunters, Michael Marum explained the players will need time off to help deal with Ottio’s sudden passing early this morning.

All 32 players in the train-on squad led by Marum were at Tatana village this morning and with the body of their former teammate then led the convoy of vehicles out to the Funeral Home.

“Players that spent the last two to three years playing alongside him are still in shock. We had all been with him for the last two days.

“We suspended Hunters training effective as of yesterday when we saw that he (Kato) wasn’t well.

“We can’t force them to train. They have to go through proper counselling through our pastor.

“We’re dealing with a lot of different boys both old and new. There’s no point training when the mind is not right.

“I will make that call when I see when it’s OK for us to go back to training.