Hunters players to be counselled 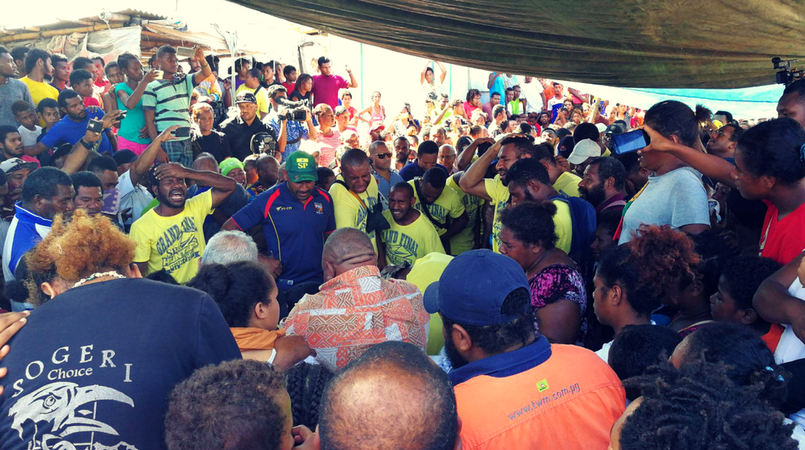 PNG Hunters players will be offered counselling after former Canberra Raiders utility Kato Ottio collapsed while training with them and later died.

Ottio, who had been due to fly to England with Kumuls teammate Wellington Albert on Thursday to join Super League club Widnes, passed away at the Pacific International Hospital in Port Moresby at 2am on Tuesday after collapsing during a road run on Sunday.

Hunters players held a bedside vigil for the 23-year-old, who had asked to join the session with the Queensland Cup premiers at short notice.

"He called up and said he wanted to come and train with us," Hunters and Kumuls coach Michael Marum told NRL.com.

"We had two groups going and he said he had already spoken to the Kumuls boys, they have a Whatsapp group and they had been communicating. They told him they were running on the road and he said 'I am going to go with these boys' and I thought OK.

"He collapsed and was taken up to the hospital, but they couldn't help him. Wellington didn't train but he went to the hospital. All the players were there. It was emotional,” said Marum.

"He played 32 games for the Hunters before going to the Raiders.

“Ever since he came to the Hunters he was one of the best kids on and off the field. He was never any trouble, he looked after himself and he was just a good kid."

Loop PNG posted footage of Marum and the Hunters players, wearing their 2017 grand final T-shirts, at a gathering outside Ottio's family house, from where his body was taken to a funeral home.

The players were clearly distraught and Marum said many of them would need support, including Albert, who is expected to delay his departure for England.

"We will make sure Wellington is in the right mind before he leaves here," Marum said. "Currently his mind is not right so we are trying to give him assistance. Not only Wellington but the other players as well.

"All the players in our squad, we are going to have to do a lot of work with them to make sure they are mentally OK."

Widnes coach Denis Betts said he was yet to speak to Albert but the club would do whatever was necessary to support the former Penrith Panthers prop.