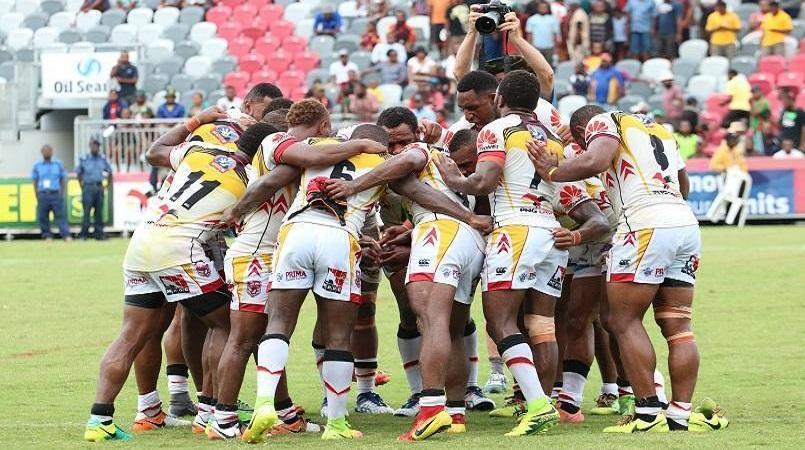 Thompson Teteh makes a welcomed return to the SP Hunters side, after coach Michael Marum named him in the starting line- up for this weekend’s Rnd 10 Intrust Super Cup clash against Wynnum Manly in Brisbane.

Thompson Teteh has made the Hunters camp, for a one year stint.

He recently signed the contract and has been named in this weekend’s line-up against the Wynum Manly Seagulls.

Teteh was excited to be given another opportunity to represent PNG.

Although not a 100 per cent recovered from a couple of leg injuries, Ase Boas returns to lead the side along with Willie Minoga and Enock Maki.
The 20 man squad includes Wartovo Puara who sat out the game with Burley due to an injury, Rhadley Brawa and Adex Wera who co-captained the last match, Nixon Put and Dilbert Isaac.

Isaac gets a start at prop with Ila Alu named to partner Put in the second row.

Coach Michael Marum will finalise the 18 man travelling team today  before they head out to Brisbane on Friday.

They play Wynnum Manly at 3pm this Sunday at the BMD Kougari Oval.