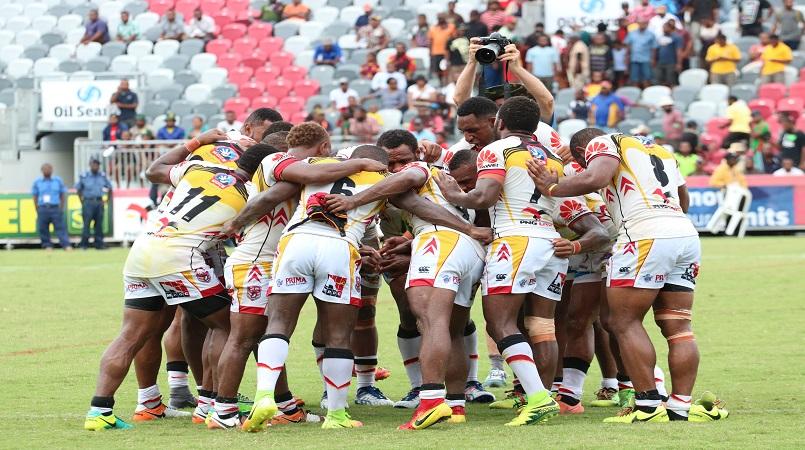 Four tries to centre Adex Wera gave the SP Hunters a 42-6 win over the Burleigh Bears this afternoon at Pizzey Park, Australia.

The Hunters were in trouble three minutes into the round eight match for the Kokoda Cup when Kurtis Rowe crossed over to score.

Keanu Te Kiri then added the two points to bring the Bears out to a 6-0 lead.

But the combination of Ase Boas and Wera put the Hunters right back in the contest, with two tries to Wera in the space of five minutes.

The first came in the 11th minute from an inside ball to a charging Wera, and the second through a chip kick over the defence for a flying Wera to catch and score right before the dead ball line.

A penalty goal conversion from Boas a minute out from half time gave the Hunters a comfortable 14-6 lead at the break.

The floodgates opened up in the second half as the Hunters ran in five unanswered tries through Wartovo Puara Jr, two more to Wera, David Loko and Karo Kauna Jr to cap off an easy win and take back the Kokoda Cup.

Boas had a near perfect afternoon, booting through six of the seven tries.