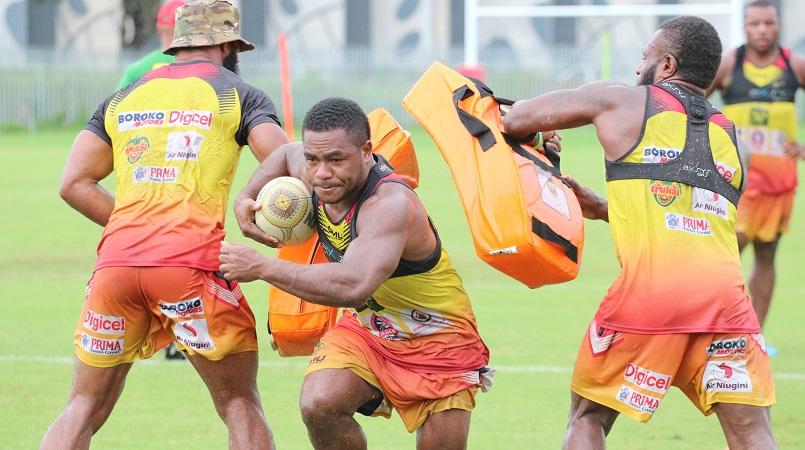 Goal-line defence has been one of the main areas of focus this week for the SP Hunters as they prepare to take on the Sunshine Coast Falcons.

"We gave away three easy tries last weekend and that's something we've been working on to improve before we travel down," said coach, Michael Marum

"Other things like our kicking game and game plan execution are areas we've been training on during the week."

Marum knows the Falcons will be out for revenge after losing 12-10 to the Hunters in last year's grand final, adding his side will need to lift, especially in defence.

"They've done a lot of changes to their line-up.  They've got a young and strong team.

"It's going to be tough, but we're going to go out there and make sure we get that two points."

Today's game at the Sunshine Coast Stadium will kick off at 3pm.

The Hunters have a near perfect record against the Falcons having won 7/9 matches.