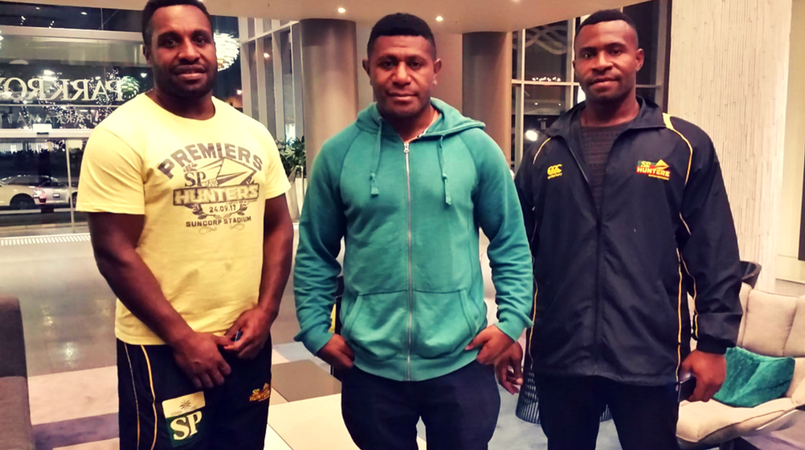 For the first time, the SP PNG Hunters will represent Queensland at the Intrust Super Cup State Championships in Sydney, Australia.

Hunters team and management arrived in Sydney on Friday afternoon and are settling in well.

A little jet lagged, Queensland champions SP PNG Hunters arrived at the Parkroyal Hotel in the Suburb of Parramatta just outside Sydney.

Hunters have put in the hard yards and although the Queensland Intrust Super Cup challenge is done and dusted, the journey goes further than that for these local heroes.

Upon arrival, coach Michael Marum was his usual cool, calm and collected self when checking in at the Parkroyal Hotel Parramatta.

A pool session to loosen up did the Hunters well, given their Port Moresby transit Brisbane flight into Sydney.

SP PNG Hunters will have a final captain’s training run in Parramatta on Saturday, prior to playing Penrith Panthers reserve team in the curtain raiser to the 2017 NRL grand final at the ANZ stadium in Sydney.