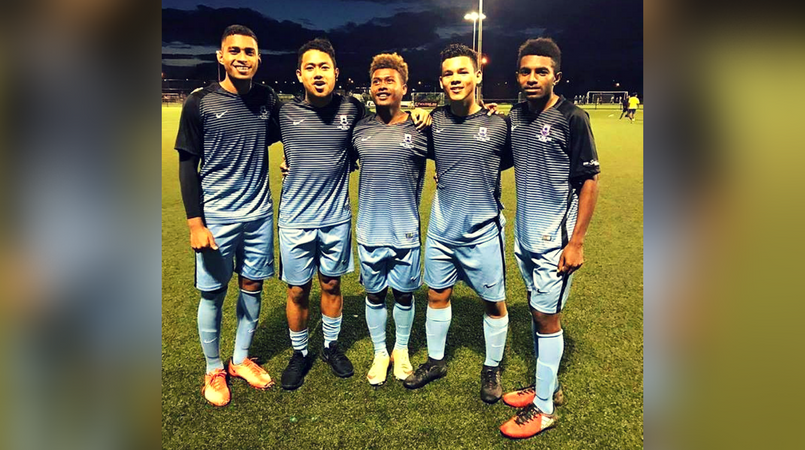 Emmanuel Simongi believes his football and academic development has improved in leaps and bounds since returning to the Oceania Football Confederation Education Centre.

Simongi is one of four student athletes who have returned for a second year at the Education Centre which the Confederation oversees in collaboration with One Tree Hill College in Penrose, Auckland.

“Last year when we went home I wasn’t sure when I would see them again so it’s good to see each other again.”

The 17-year-old made his international debut for PNG in February’s OFC U-17 Championship, helping his country to the semi-finals.

“To be honest, when I went home after the tournament I thought I might not be selected to come back again because there were so many good boys.

“But I was chosen again and it was good.”

Simongi said it is important to him to keep proving he deserves his place by putting his all into achieving both on and off the field.

“The tournament in Tahiti taught me a lot, and I think most of all I gained more confidence, especially to play high-pressure football.

“Now that I’m back at the Education Centre, I’ve been learning a lot of good things in and out of the pitch.

“I’ve been doing pretty well at school. This year I took history, social studies, maths, language and economics. With the help of my teachers I’m doing quite well in a lot of the subjects.”

One thing in particular Simongi has relished is the opportunity to join the school’s First XI.

“We didn’t get the opportunity to play in it last year because of the timing.

“Compared to PNG I think the standard of the competition is high, I really enjoyed it.”

Joining the One Tree Hill College team meant football training within the OFC Education Centre structure was on hold initially, but Simongi said it gave the group more time in the classroom, which is equally important.

“We work on how Ronaldo became Ronaldo, how Messi became Messi. Coach and mentor Phillip Pickering-Parker uses the classroom sessions to teach us how to be professional.

“He also teaches us how to be good in different areas like finance and how to budget.

“I know it is important for me to do well not only in football but in school and my education as well. Phill has told me that and I believe I’m doing what he told me to do.”