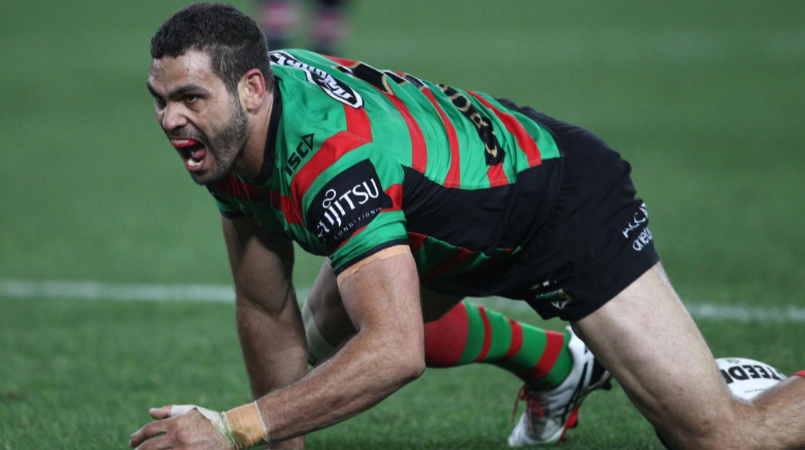 An emotional South Sydney star Greg Inglis has retired from the NRL age 32.

The Maroons legend said the time is right to call it quits while denying speculation his retirement is linked to mental health or injury issues.

Inglis said he told teammates about his plans to hang up the boots on Saturday after their win over the Warriors on the Sunshine Coast. He made the call after heading home and speaking to family about the decision to retire from the game that made him a household name within Australia's sporting landscape.

Inglis says he'll do his best to enjoy his life and the four race horses he owns while still serving the club in a role off the field.

The NRL champion said he was proud of what he had achieved on the field and felt like his mission off it had just begun.

"No-one else has called it but myself," Inglis said in a teary press conference.

Souths general manager Shane Richardson said it wasn't a sad day for the club because Inglis won't be lost to the game or Redfern.

The premiership winner is reportedly in line for an ambassador role with the club, while the NRL is also considering bringing Inglis on board due to his massive service to the game.

Damaging at both centre and fullback in club and representative football, Inglis made his name as Melbourne began their dominant era in 2006 and remained part of the Storm's success until forced to leave amidst the salary cap scandal.

He landed at Redfern desperate to end the Rabbitohs' title drought, doing so in the 2014 grand final as he scored the final try and sent the burrow into delirium.

His current try-scoring tally stands at 149 in 263 games, his most recent coming as part of a double against Melbourne in last year's finals series.

He was just as dominant at representative level, forming arguably the greatest centre-wing combination in State of Origin history with Darius Boyd on Queensland's left edge.

There he scored the majority of his 18 Origin tries, while also crossing the line 31 times in 39 Kangaroos appearances.