Durant out of Finals opener 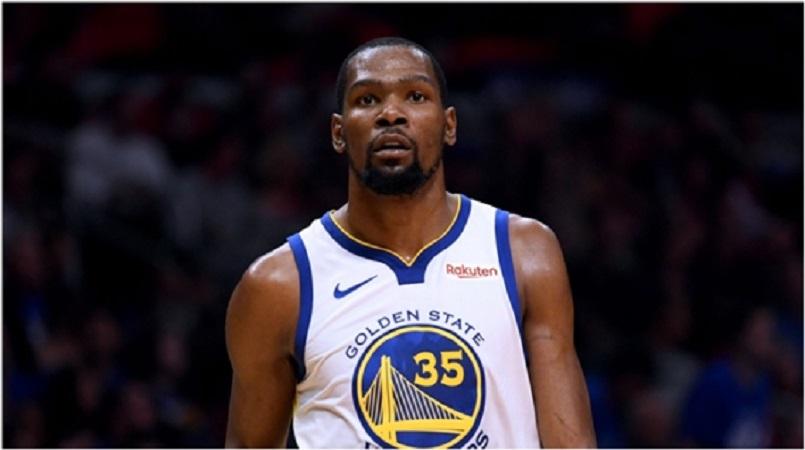 Golden State Warriors forward Kevin Durant will not play in Game 1 of the NBA Finals against the Toronto Raptors while center DeMarcus Cousins is questionable, head coach Steve Kerr told reporters on Monday.

Durant has been out since straining his calf in Golden State's Game 5 win over the Houston Rockets in the Western Conference semi-finals.

The Warriors went on to close out Houston in six games before sweeping the Portland Trail Blazers in the Western Conference Finals.

Durant was having a stellar postseason before the injury. He averaged 34.2 points and 5.2 rebounds while shooting 51.3 per cent from the field in 11 playoff games.

And Kerr confirmed that two-time NBA Finals MVP Durant will not be fit to play Thursday's opener.

4 - Here are four stats on @StephenCurry30 's playoff career ahead of the #NBAFinals . Knowledge. pic.twitter.com/KefieSE9xa

Meanwhile, Cousins tore his left quadriceps muscle during the Warriors' first-round series in mid-April and Kerr confirmed he is closer to a return than Durant.

Cousins signed a one-year, $5.3million deal with the Warriors in July and missed the team's first 45 games as he continued to recover from a torn Achilles.

He finished the regular season averaging 16.3 points and 8.2 rebounds in 25.7 minutes per appearance.