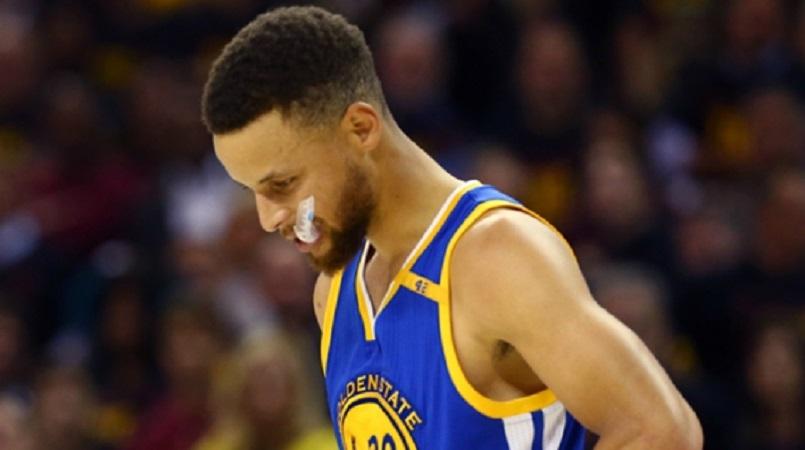 Reigning NBA champions the Golden State Warriors will be without star guard Stephen Curry for the first round of the playoffs, head coach Steve Kerr revealed.

Two-time MVP Curry sustained a grade two sprain of his left medial collateral ligament in his first game back from an ankle injury against the Atlanta Hawks on Friday,

Curry will be re-evaluated in three weeks, which means he will miss the start of the postseason, according to Kerr.

"There's no way he's playing the first round," Kerr told reporters on Sunday, prior to Golden State's clash with the Utah Jazz.

"He's being re-evaluated in three weeks so we have to be ready to play without him then see how he's coming along. The good thing is that we’ve been through this.

"We went through it last year with KD [Kevin Durant], he missed five weeks or so. It was a similar situation where we had to play without one of our best players and we felt that appropriate fear and turned it up and got it going and when KD came back, he was Finals MVP. There are a lot of similarities and we should feel good about our ability to play through this stuff."

The Warriors essentially are locked into the Western Conference's second seed behind the Houston Rockets when the NBA playoffs begin on April 14.

The Minnesota Timberwolves hold a half-game lead over the Jazz for the seventh spot entering Sunday's games.