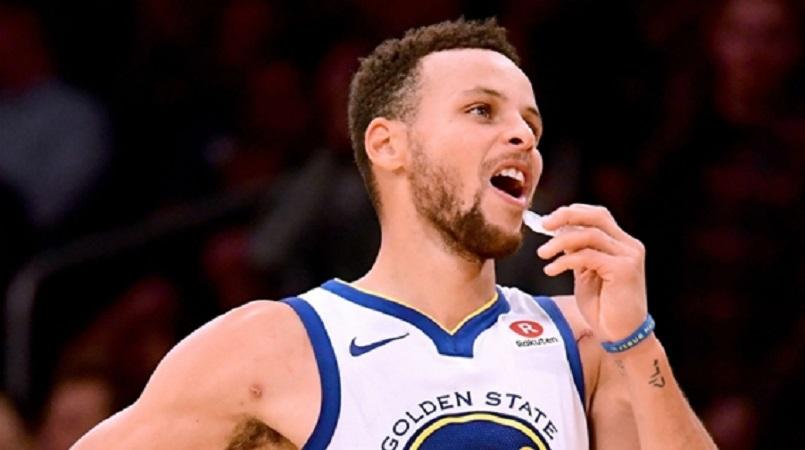 Stephen Curry compared his inspirational return from injury to starting school again after making up for lost time in the Golden State Warriors' win over the Memphis Grizzlies.

Curry had been out of action since December 4 due to a sprained ankle, but led the scoring with 38 points - including 10 three-pointers - in a 141-128 win for the defending champions on Saturday.

The talismanic guard became the only player this season with 35 points entering the fourth quarter while playing fewer than 25 minutes and he revelled in being back on the big stage.

"I was excited, it felt like the first day of school again, for real." said Curry.

"You go through the mental grind of keeping your body somewhat in shape without being able to play and it's a different challenge. There's a monotony to it every day which you have to get through and you know what your goal is when you come back and hopefully it pays off.

"When I woke up [on Saturday morning] and knew I was going to play basketball, that's a great feeling to have.

"The injury puts into perspective how blessed we all are to be able to play this game and to not take for granted any opportunity that you get to play the game that you love.

"For me, especially, watching our team-mates, I just love playing with every single guy that's on our team and I just wanted that feeling again. It was pretty special."