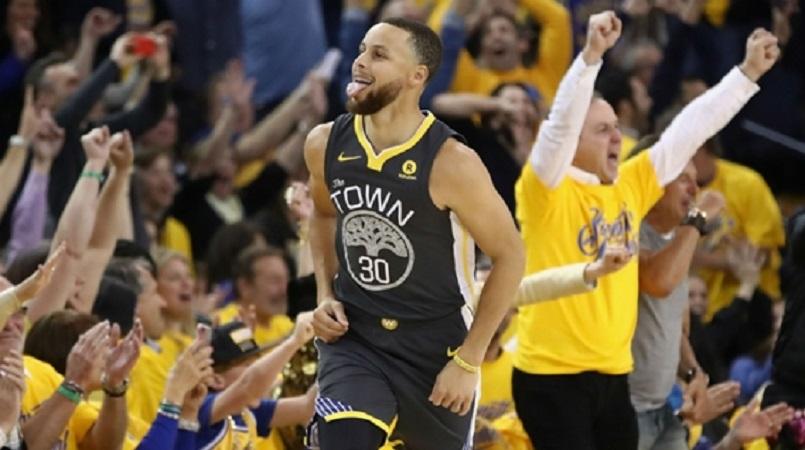 Golden State Warriors star Stephen Curry said he "felt great" after making a significant impact on his return from injury in the NBA playoffs on Tuesday.

Playing for the first time in almost six weeks after recovering from a medial collateral ligament sprain, two-time MVP Curry scored 28 points in 27 minutes of action as the Warriors beat the New Orleans Pelicans 121-116 at home to open up a 2-0 advantage in their Western Conference semi-final.

Kevin Durant and Draymond Green also starred for Golden State, the former crucially collecting 15 of his 29 points in the final quarter, but Curry's impressive comeback was the big story at Oracle Arena.

"I felt great. [I've been] real eager, as of late, trying to get back out there, be with my team-mates and do what I love to do," said Curry in a post-match news conference.

"To get back out there on the floor, play some playoff basketball and get a big win, it was huge. It was a good feeling, the crowd was crazy, and obviously we did what we needed to do in these first two games, going up 2-0.

"We've got to have our game travel to New Orleans [now]."

Tonight's Stat Line of the Game, presented by @zoom_us pic.twitter.com/kJF1LtwHIU

Warriors coach Steve Kerr was not surprised to see Curry shine despite his recent lay-off.

"I would say it played out as I expected. I knew I would play him more than what we planned," said Kerr.