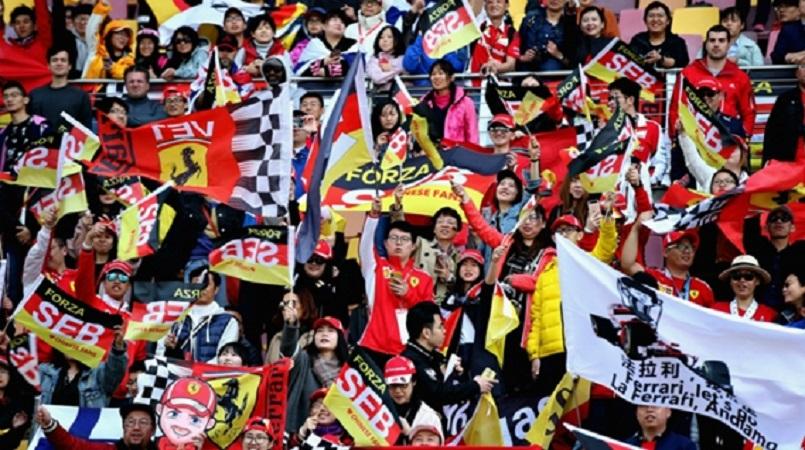 Formula One's Chinese Grand Prix has been postponed following the outbreak of the coronavirus.

The race was due to take place at the Shanghai International Circuit on April 19, as the fourth event in the 2020 F1 calendar.

However, fears over the spread of the coronavirus disease – which was given the name Covid-19 this week – means the grand prix becomes the latest sporting event to be called off in China.

A statement on the official F1 website said: "The 2020 Chinese Grand Prix, which had been scheduled for April 17-19, has been postponed as a result of the novel coronavirus outbreak."

The 2020 #ChineseGP will be postponed due to the coronavirus outbreak

We will continue to monitor the situation and assess potential alternative dateshttps://t.co/0VImeMSxlV

The coronavirus death toll has risen above 1,000, with over 42,000 confirmed cases within China, according to figures released by the World Health Organization (WHO) on Tuesday.

It was first detected in the city of Wuhan, around 450 miles from Shanghai.

The FIA, motorsport's world governing body, said in a statement on Wednesday: "In view of the continued spread of novel coronavirus and after ongoing discussions with the Federation of Automobile and Motorcycle Sports of People's Republic of China (CAMF) and Shanghai Administration of Sports, the Chinese Grand Prix Promoter, Juss Sports Group, has officially requested that the 2020 FIA Formula 1 Chinese Grand Prix be postponed.

"The FIA, together with Formula 1, have jointly decided to accept this official request from the promoter and postpone the 2020 FIA Formula 1 Chinese Grand Prix.

"As a result of continued health concerns and with the World Health Organization declaring the coronavirus as a global health emergency, the FIA and Formula 1 have taken these measures in order to ensure the health and safety of the travelling staff, championship participants and fans, which remains of primary concern."

The FIA said it and race officials would "study the viability of potential alternative dates for the Grand Prix later in the year should the situation improve".

Chinese authorities are keen to prevent mass gatherings, given the potential for the coronavirus to rapidly spread, and that has led to a host of events being postponed or cancelled outright.

Domestic football in the country has been suspended, while World Athletics postponed its World Indoor Championships in Nanjing until 2021. The Hong Kong Marathon was cancelled, with LPGA golf and Fed Cup tennis events also hit.

Fears of a global pandemic have been raised by a number of experts.

The WHO has so far advised against restrictions being imposed on international travel.

However, the United States has told its citizens not to travel to China and has instructed those already in the country to "attempt to depart by commercial means", urging those who choose to stay to "stay home as much as possible and limit contact with others, including large gatherings".

The United Kingdom's Foreign and Commonwealth Office has advised against all travel to the Wuhan area and against "all but essential travel to the rest of mainland China", urging British citizens in China to leave where possible.

England is home to a host of Formula One teams, including Mercedes, who are based in the Northamptonshire town of Brackley. The McLaren, Williams, Red Bull and Renault teams also have UK bases.

Photo Getty Images Caption: Formula One has a passionate Chinese fan base