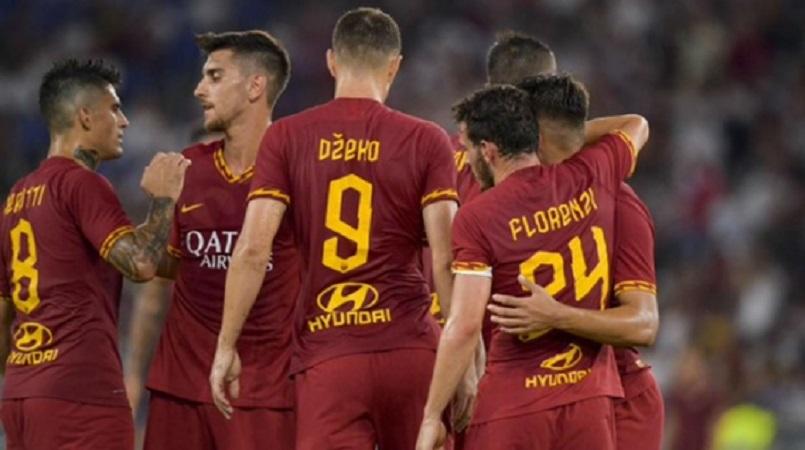 Gareth Bale returned to the Real Madrid team from the bench as Los Blancos lost 5-4 on penalties after a 2-2 friendly draw with Roma in their final pre-season match on Sunday.

Bale had not featured in any of Madrid's past three friendlies, missing the defeat to his former club Tottenham and the wins over Fenerbahce and Salzburg.

Officially, his absence for the Spurs game was due to an illness, though he was spotted playing golf the same day as the match and reportedly missed out due to his state of mind after a transfer to Chinese club Jiangsu Suning fell through.

He was left out again for the Salzburg game, though no explanation was given by coach Zinedine Zidane.

By the time he was introduced in Rome on Sunday, the match had already seen four goals – Marcelo opening the scoring for Madrid early on, producing a fine right-footed finish after a flowing move.

Diego Perotti levelled just past the half-hour mark, tapping in after excellent work from Nicolo Zaniolo, but Casemiro restored Madrid's lead soon after, heading in from Marcelo's delivery.

Bale replaced Karim Benzema in the 61st minute but, aside from one outside-of-the-foot effort from the Wales star, his impact was minimal as the match finished level, leading to a shoot-out.

The first nine penalties – including Bale's – were immaculately taken, but Marcelo's kick crashed against the crossbar and bounced the wrong side of the line, ensuring Roma won the Mabel Green Cup, a friendly competition set up to raise awareness of environmental preservation.