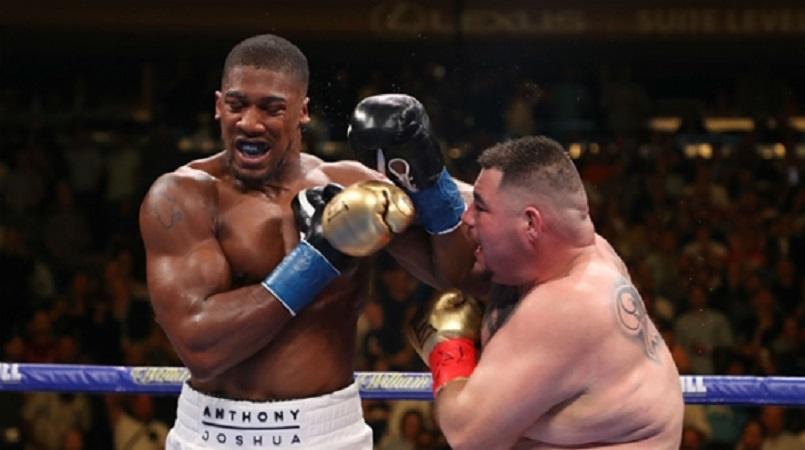 Andy Ruiz Jr insists he wants a long career at the top of boxing rather than "15 minutes of fame" ahead of his much-anticipated rematch with Anthony Joshua.

Ruiz shocked the world by unseating the British heavyweight in June, with Joshua delivering an underwhelming performance at Madison Square Garden.

The WBA, IBF and WBO and belts will again be on the line for the December 7 rematch, which is controversially being held in Saudi Arabia, and Ruiz will not give them up easily.

"June 1, I made my dreams come true. It was a lot of sacrifice, a lot of blood, sweat and tears, and I just believed in myself," said Ruiz at a news conference. "I think I'm here for a purpose. I want to tell everybody: if you've got a dream, you've got to follow through. Anything is possible.

"December 7, I know Anthony Joshua's coming hard, he's going to come strong, I know he's going to be preparing really good. But so am I. I'm really hungry. A lot of people are saying I'm not training, I'm not taking it seriously. But I've got all these belts, there's a lot of responsibilities to this.

"The hunger still remains. I don't want to be 15 minutes of fame - I want it to last, I want it to be a generation. I want to be a champion for more years, I want to challenge it. I have a good fighter right here next to me, he's going to try to take these belts.

"But God's with me and we're going to be training really hard for December 7."

Asked if he expects to see more from Joshua in the rematch, Ruiz said: "I sure do. He's more hungry, he wants his belts back. I think that's what's giving me more motivation, more hunger. I want to train even harder just because he's training even harder, too.

Joshua is expecting another entertaining contest as he aims to bounce back from the first loss of his professional career.

"With the fight, I feel I was up against a good challenger at the time," he said. "I was only champion until June 1.

"As Andy's champion right now, that will last until December 7, until he has to put his titles in the air and two warriors go to war and the best man will walk out victorious.

"I'm really looking forward to the challenge and I'm glad the people here are supporting boxing. Some may support me, some may support Andy, but at the end of the day, we're going to have a really good night of boxing and that's what we're here for."