Warriors relying on loan players more than ever 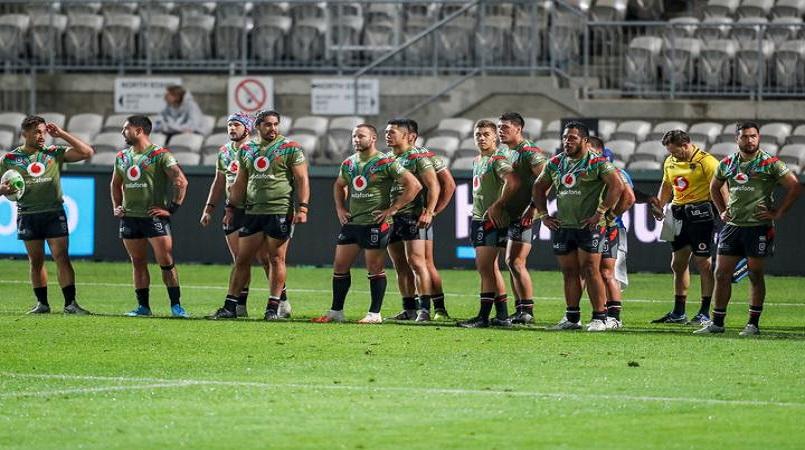 The Warriors will be leaning on other NRL clubs to help fill their roster for the final two months of the season.

The confirmed departures of Ken Maumalo, David Fusitu'a, Agnatius Paasi and King Vuniyayawa on 27 July, and the exit last week of forward Leivaha Pulu, leaves the Warriors five players down heading into the their last nine games.

"It's getting tougher and tougher as the year goes on, as other clubs get injuries, to try to find those loan players" George said.

"We're certainly very skinny in a lot of areas in our roster. I just hope and pray that we don't get any more injuries, can bounce through a few games and get a bit of luck for once."

Warriors interim coach Todd Payten said the club was drawing up a list of potential loan players but were getting a mixed response from other clubs.

"There are clubs which are publicly saying that they are willing to help us but privately that hasn't happened to date, and there is five or six clubs which have been really open and really helpful," Payten said.

"So that list can be as big as we can make it but at the end of the day the other club has to agree on letting their player go and join our system."

Payten also said he did not want to lose out of favour halfback Blake Green before the end of the season.

Warriors owners told Green to look for another club next season - and other NRL clubs have shown an interest in the 33-year-old.

However, Payten said with the squad getting smaller by the day he did not want to add Green to the list of departures.

"I'd be hesitant to let him go - me personally- but I know the club has told him that if he was to get a deal longer than his current deal on the proviso that he has to go now and I think with the service he's given the club we'd be very hard to stand in his way."