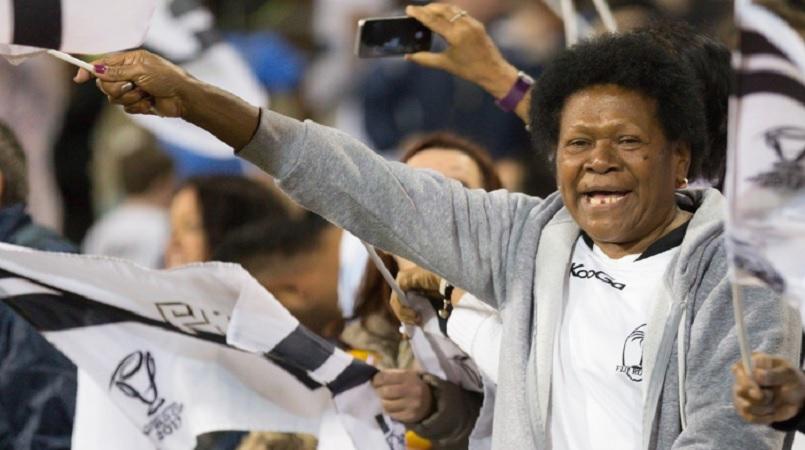 Tonga, Samoa, Fiji and Papua New Guinea are set to host future Oceania Cup matches as part of a rolling 10-year international calendar, while the tournament is likely to move to Australia next season.

RLIF CEO Nigel Wood confirmed on the eve of Saturday’s opening round of Oceania Cup matches between New Zealand and Tonga at Mt Smart Stadium and Samoa and Papua New Guinea at Leichhardt Oval that the international body wanted to play games in the Pacific islands.

An RLIF meeting in Singapore earlier this month agreed that the Oceania Cup would be staged mid-year and at the end of the season on an annual basis, except in 2021 and 2025 when the World Cup is held.

The RLIF’s ambition is to have at least eight countries with a chance of winning the World Cup and it is hoped playing regular matches in the Oceania Cup will help Samoa, Fiji and PNG to emulate the rise of Tonga in 2017.

Besides Saturday night’s Samoa-PNG clash and the October 25 Test between the Kangaroos and Kiwis at WIN Stadium, the remainder of games in the inaugural Oceania Cup are in New Zealand, with round two at Eden Park on November 2 and round three in Christchurch on November 9.

It is expected that end-of-season matches in next year’s tournament will shift to Australia and possibly Papua New Guinea, which hosted 2017 World Cup fixtures, although Wood pointed out the Kangaroos will be touring Britain and won’t play in the 2020 Oceania Cup.

As a result, there is much at stake for Samoa and the Kumuls on Saturday night as the winner of Pool B of this year’s Oceania Cup, which also includes Fiji, will join New Zealand and Tonga in Pool A of next season’s tournament.

Cook Islands, who play South Africa in a World Cup qualifier at Wentworthville’s Ringrose Park on Friday night, would be the obvious choice to join Pool B of the Oceania Cup next year.

There will be no Oceania Cup in 2021 as the World Cup is being staged in England but from 2022 onwards the RLIF will look to schedule matches in Tonga, Samoa and Fiji.

“We’ve got to fulfil our pledge to play international matches not just in Australia, New Zealand and Papua New Guinea,” Wood said.

“The PNG initiative was very well received in the World Cup and they are a good, strong international country with the potential to stage more regular Test matches than they are.

“We need a similar discussion in places like Samoa, Fiji and Tonga, in particular, where they have got facilities that are capable of staging world class events.”

The Prime Minister’s XIII men’s and women’s teams will play Fiji at Suva’s 30,000 capacity National Stadium in October, while a pre-season trial between two NRL teams is set to be played in the Pacific each year under an agreement with the Federal Government.

“We do have to respect the athletes in the standards they would expect to be accommodated in and the training facilities, and the clubs would have a view of that, but if we are being sincere in wanting to develop the Pacific we have to make sure matches take place in the islands themselves,” Wood said.

A 10-year international calendar was agreed to at the meeting in Singapore, with regional tournaments to be played in Europe, the Americas and the Middle East/Africa every two years.

Wood said the details were now being worked on and an announcement would be made later in the year.

“As far as the Oceania Cup is concerned that should be three years out of four but the international federation has a responsibility of some sort with about 60 nations so it is also about Vanuatu and Niue, and all those nations who play in the Emerging Nations World Cup.”

With Martin Taupau switching allegiances from New Zealand, Samoa could become the next international powerhouse and Wood said the game owed thanks to Tonga stars Jason Taumalolo and Andrew Fifita for making it “fashionable” for players to represent their nation of heritage.

“If a by-product of that is that we get a really strong series of nations then three cheers to that,” he said.

“If we can get to eight powerful nations who are competitive against each other so that by the time you get to the quarter-finals in any world competition they are all fair dinkum matches that is an aspiration we should have.”