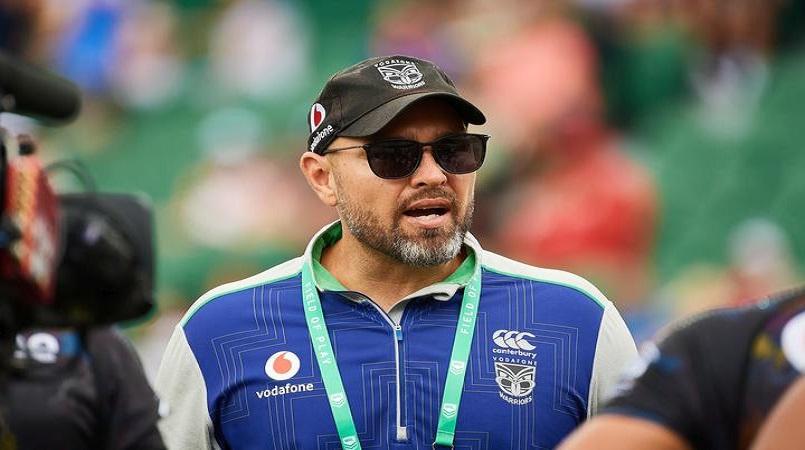 Warriors interim head coach Todd Payten knows where the Auckland rugby league club is falling down and he wants to be the man to fix it.

Payten said he was "pretty calm" as the biggest test in his fledgling NRL head coaching career approached with the Warriors game against the Storm on Friday night in Sydney.

He has been a professional coach for nine years with stints with the Wests Tigers and North Queensland Cowboys before he arrived in Auckland in 2019.

Friday's game against the 6th-place Storm is his first as an NRL head coach.

Although the Warriors were struggling and occupying 13th spot on the ladder, Payten did not need to be asked twice to fill the void left by coach Stephen Kearney's exit from the club.

"I don't think I had any other alternative, I could have left it for someone else to come in and have a crack at it but I feel a responsibility to this club and to this group so that's what I'm doing, I am diving in head-first and seeing where it takes us.

"The thing about becoming a head coach is you don't know until you are given a shot, so I've done a long apprenticeship, I've been at some successful programmes, I've been at places where I haven't been so successful. I know the difference between the two and I'm just trying to put my stamp on it one step at a time at the moment.

"I got another 15 weeks to be able to make it mine completely but hopefully over the next four to six weeks it'll roll into it."

Payten's first move was to change some game-day staffing roles and he hinted more changes would be coming.

On the field he said he knew exactly where the Warriors deficiencies over the past couple seasons were.

"The basic gist of it is is we haven't been tough enough for long enough or consistent, those two things are the things we need to change. It's not going to happen immediately it is the thing that it going to take a little bit of time.

"In a lot of ways we are close and in other areas we are a million miles away."

Payten said he was ready to move on from the Kearney saga of the weekend and into his own era.

"I think I've commented plenty about what has happened over those two days and I would like to comment more around our team and the game."

In team news, Payten has named Ken Maumalo on the wing after a hamstring injury ruled him out of the last three outings against Penrith, North Queensland and South Sydney.

He has been forced to make other changes with rookie second rower Eliesa Katoa (ankle) and hooker Wayde Egan (suspended) both out resulting in new signing Jack Murchie replacing Katoa for his first start after seven interchange appearances and Karl Lawton is in for Egan at hooker.

Coming onto the bench for his first game since the season resumed is Chanel Harris-Tavita while Isaiah Papali'i is named in #17 after missing the fixtures against the Cowboys and the Rabbitohs.