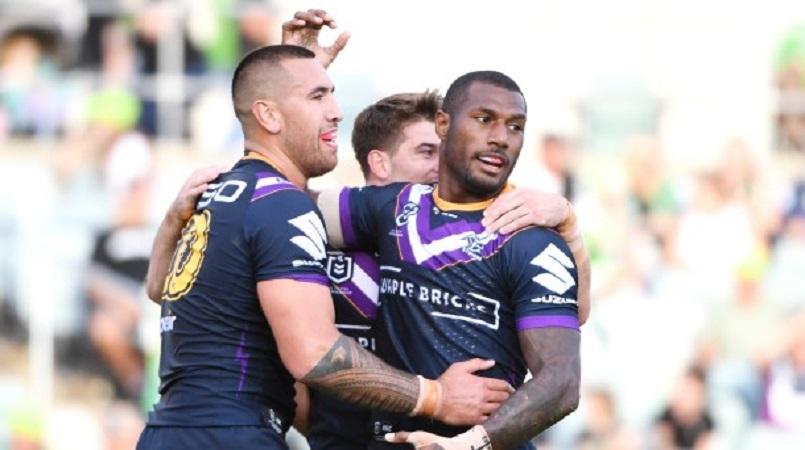 Star winger Suliasi Vunivalu will miss Melbourne's trip to North Queensland unless he can beat a dangerous contact charge at the NRL judiciary.

Vunivalu was on Monday charged with a grade-two offence for a leg pull on Canterbury fullback Nick Meaney early in Sunday's narrow win over the Bulldogs.

Meaney got up gingerly but the incident was not penalised by on-field officials, before Vunivalu was picked up by the match review committee.

The Fijian will miss just one match if he pleads guilty to the charge.

But if he contests the charge at the judiciary, he would risk sitting out the Storm's grand final rematch against the Sydney Roosters in round six.

Meanwhile, Canterbury forward Ofahiki Ogden was charged for dangerous contact on Storm centre Will Chambers but will escape a ban with a guilty plea.

Both players have until midday on Tuesday to respond to the charges.

Warriors hooker Jazz Tevaga will head to the judiciary on Tuesday night to challenge his dangerous contact charge on Titans prop Shannon Boyd.

Tevaga faced a one-game ban if he took the early guilty plea, and will still finish the one-game suspension should he fail to overturn the charge.