Witnesses urged to come forth 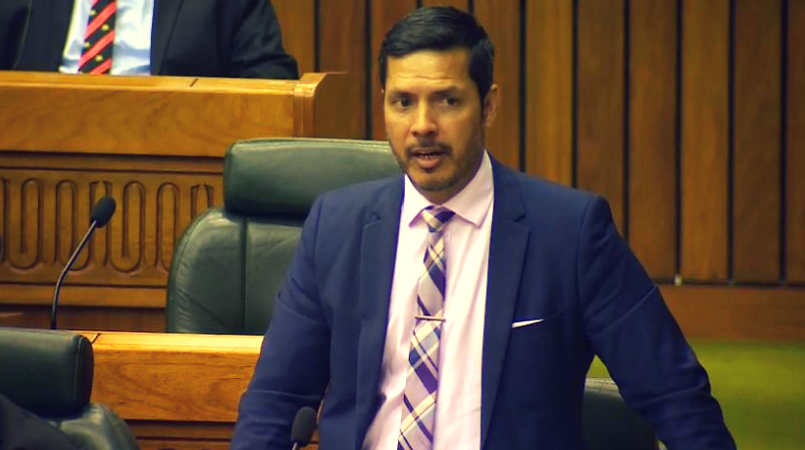 Witnesses in the Erima shooting incident have been urged to come forward.

In his ‘question without notice’, Kaupa said unarmed settlers were injured while two were killed during the September 28th police shooting.

“Bikos ol disla lain ol disarmed, they are citizens of this country.”

Kaupa further asked for an update of the case.

In response, Minister Kramer said different versions of the Erima confrontation incident are being reported.

“Na mi tu bin go lo Erima na mi tok klia lo ol manmeri lo hap na ol femli we dai i bin kamap olsem ‘samting mi no lukim, mi les lo toktok nating’,” he said. “I gat proses i stap, so mi askim ol lo kam lo polis na putim steitment na ol i bin wari olsem samting i bin sa go olsem bifo, nogat wanpla samting sa kamap.” (I also visited the settlers and affected families at Erima and told them that I’m not going to talk about an incident that I did not see. There is a process in place, so I asked them to come to the police and put their statements but they were concerned that such a case would not be progressed, as per past experience.)

Kramer said he then gave the assurance that his office will observe the investigation to ensure impartiality and fairness.

“Bikos ol polis yet save lo ol yet,” he stated. (Because the police are familiar with their own men.)

Kramer alluded to similar incidents like the 2015 Hanuabada shooting and the 2016 UPNG students’ shooting, where he told the acting commissioner of police and his deputies that he wanted a progressive report on these files.

“So mi wokim disla toktok long ol lain i kisim bagarap lo Erima, yu mas kam na putim steitment.” (I made this statement to those at Erima who were injured, you must step forward and make a statement.)

Kramer said as for the request for an independent team, the Ombudsman Commission is there but they do not have power over them.

“Or namba tu, korona’s inkwest, we kot ken kam insait na samansim ol witnes kam lo kot na testifai. We ol witnes pilim seif lo kam lo kot na testifai lo korona’s inkwest. Disla em stap namel lo ol lain involvd, ol femilis sapos ol rikwestim. Mipla ol polis nogat pawa lo rikwestim disla.” (Or number two, they can look at a coroner’s inquest where the court can issue summons to witnesses to testify. This is where witnesses can feel safe to turn up and testify in court. But it is up to those involved, where the families can place a request. The police have no power to request a coroner’s inquest.)