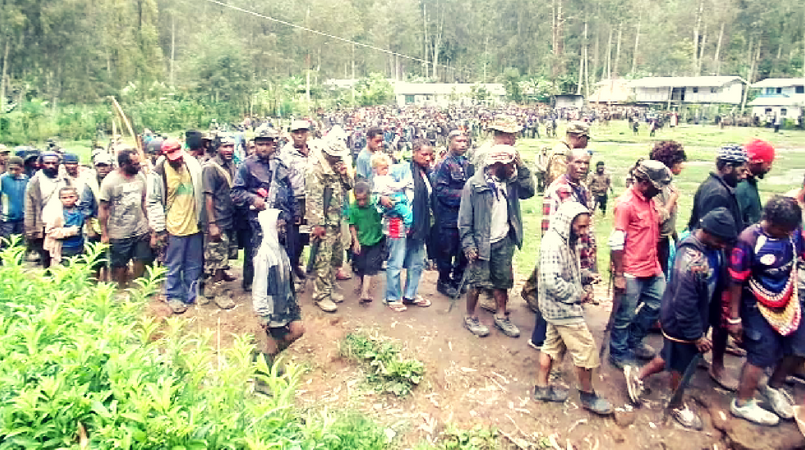 Tribal fighting between the Kii tribe of Teremanda and the Kala tribe of Amala villages in Enga Province erupted again this morning with the killing of two more men confirmed.

On Monday, the peace and good order committee, escorted by police, visited both tribes to foster peace agreements, but one tribe refused.

This morning, PPC Kakas said fighting erupted again with the Kii tribe launching an attack on the Kala tribe.

Kakas said this time, gunshots were heard too close to the town, prompting police to alert businesses in town and the public so that the movement of people is also controlled.

Some businesses, including the bank, closed early.

PPC Kakas is hopeful peace will prevail in the end but calls on the two warring tribes to come to an agreement now.

Last year, the two same tribes were involved in an election related fight that also saw many lives lost.