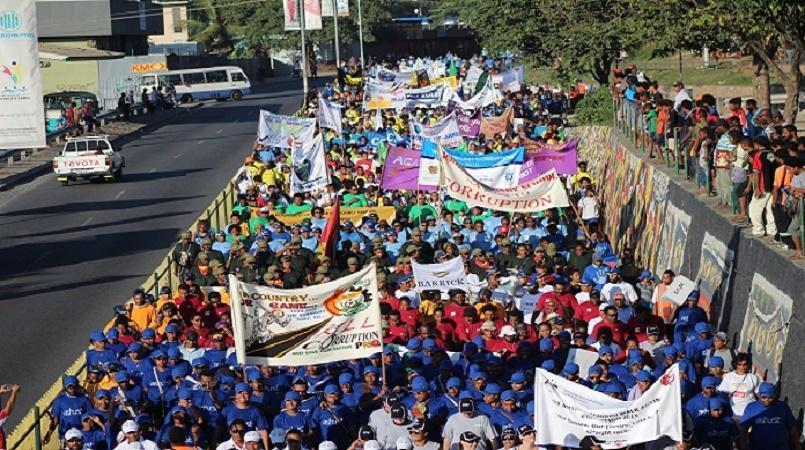 In commemorating their 21st anniversary, Transparency International PNG will be launching three separate campaigns next week in Port Moresby.

The 21st anniversary will also see the launch of three important TIPNG campaigns for 2018.

TIPNG is commemorating its 21st anniversary by launching the three campaigns to carry out in 2018 at their NCD office, one of which is the Independent Commission Against Corruption (ICAC).

TIPNG, as part of the ICAC technical working group and through partnership with the Department of Justice & Attorney General, will be advocating for the enabling legislation for ICAC to be tabled and enacted by Parliament.

The ICAC is necessary for compliance with the Government’s commitment to the UN Convention Against Corruption and the country’s National Anti-Corruption Strategy.

The second campaign is the PNG NID card project launched in November 2014 and slated to become a universal ID card for all. To date, over K200m has been spent and only 2 percent of the national population has been registered.

TIPNG will be campaigning on two fronts; for funding to NID to cease until a full audit report is furnished to the public and for the Director of the National Statistical Office to step down and be investigated by the authorities.

TIPNG will also be advocating for the drafting of an enabling legislation to allow citizens access to information as provided for in Section 51 of the National Constitution.

“TIPNG is campaigning for greater integrity to be displayed by our leaders,” says the anti-rot organisation.

“More so campaigning for laws that benefit all of society and not only to have the peoples’ voices heard but to make leaders listen.”