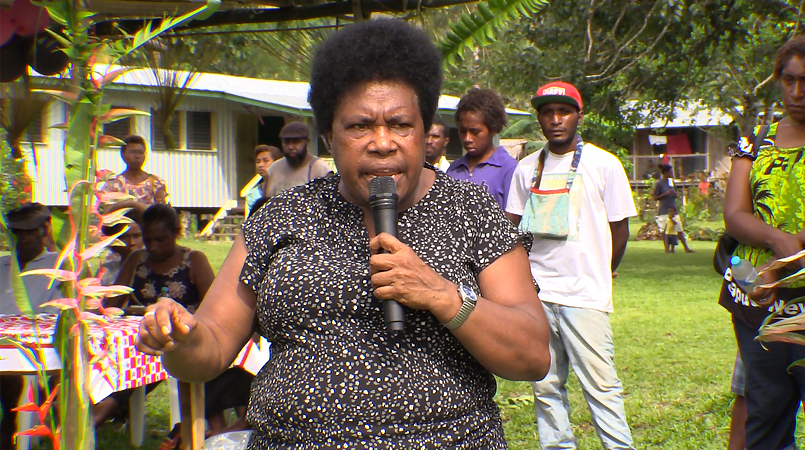 Minister for Religion, Youth and Community Development, Delilah Gore, says the Governments ‘Tuition Fee Free’ policy is working at the district level in the country.

Gore said this following the opening of five new teachers houses and a double classroom building at Agenahambo Primary School in Sohe district.

The Minister and local Member said this was a positive outcome despite many negative stories that have been reported in the media about Northern Province.

“Thank you parents and thank you to the school management on how you managed these funds.

“They (Government) are sending money down to the schools, if monies are used properly schools will be developed like these,” Gore said.

The infrastructure at Agenahambo Primary School was built on funding from appropriated TFF as well as project fees collected by the school over the last four years from parents.

Parents who could not assist with money provided logs to be cut and used in the construction of the houses and classroom.

“I have my own personal motto, wherever I go, which school I administer, I tell my people that while I am here we will all work together to make a small change,” says Principal Pritchard Muruve.

He said since the announcement for schools not to collect project fees by the Education Minister, they are now looking at other options to continue with the infrastructure projects.

Picture: Delilah Gore speaking to a gathering in here electorate.