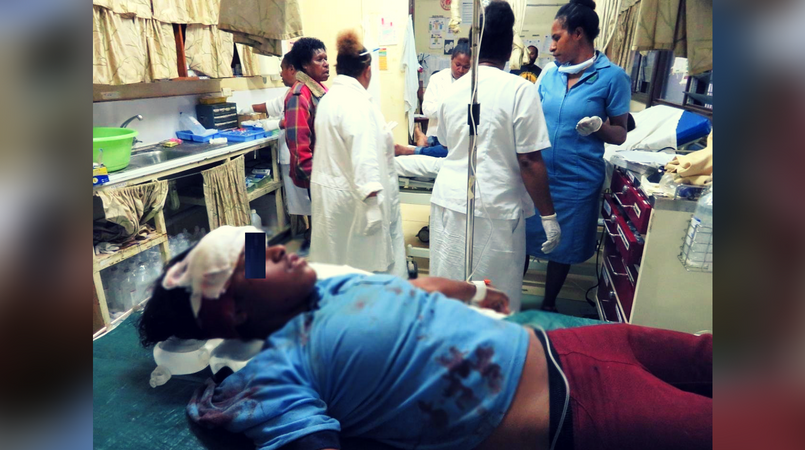 Ten people have been hospitalized after a road accident along the highlands highway between Western and Southern Highlands provinces.

Kauke said a ten-seater Land Cruiser, believed to be a hired vehicle, was transporting passengers from Hagen to Tari when the accident happened along the road.

He said the driver reportedly failed to reduce speed when negotiating a sharp corner and as a result, went off the road and plunged into a drain.

All ten occupants on board the 10 seater sustained multiple injuries, except the driver, who fled the scene.

One of the victims claimed that he told the driver to slow down when approaching bridges or corners but the driver did not listen and maintained high speed and consequently ran off the road.

The Chief Executive Officer of Mendi General Hospital, Dr Joseph Birisi, confirmed that the ten victims, including three females and one child, were admitted at the hospital by ambulance.

Dr Birisi said three of the injured were discharged with another three in serious condition. Four of the passengers received minor injuries and were released.

Meanwhile, Acting PPC Kauke said there was a previous traffic accident within July along the same highway at Kirane where two vehicles reportedly collided head-on, where one of the drivers was killed.

Kauke is concerned that such accidents continue to occur as a result of reckless or careless driving. He said another reason for such accidents was that vehicles that are not road worthy but are still being driven around.

Kauke appeals to the general public in the province as well as neighbouring Hela and Western Highlands provinces to be very careful when traveling on the road and to ensure that their vehicles are roadworthy at all times.

He further appealed to vehicle owners and drivers of private and public motor vehicles not to overload and not to exit speed limits as their safety and that of their passengers as well as the general public was very important.