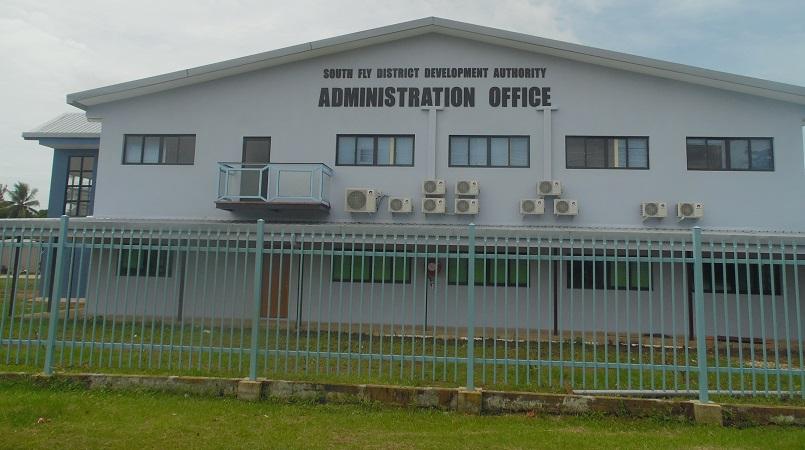 The South Fly district in the Western Province was the first in the country to submit their 2016 spending of the District Support Grants (DSG) - discretionary component of K250,000 acquittal reports.

The acquittal reports were presented  to the Department of Implementation and Rural Development (DIRD) in Port Moresby on Wednesday February 22, 2017.

The district also had a privilege to receive their 2016 non-discretionary component of K250,000 cheque issued by the department (DIRD) in presence of the Acting District Development Authority Chairman Bolozi Iowa and the district public servants.

The district, whose representative was Late Aide Ganasi had faced a lot of problems in terms of non-compliance (furnishing acquittal reports) to the national government over the past two years until a training on the Service Improvement Program (PSIP, DSIP & LLGSIP) was conducted by DIRD in 2015.

“After the training was conducted to the South Fly district administration in terms of capacity building, compilation and furnishing of acquittal reports, the district has performed exceptionally well in terms of furnishing reports and delivering of basic government services,” DIRD Acting Secretary Paul Sai’i said.

Sai’i said South Fly district administration was once in chaos and their acquittals were always submitted late or never at all but this would now be history now.

He said since the training were conducted successfully by the department, the district administration now able to submit reports on timely manner as stipulated in the Organic Law on the Provincial and Local Government where all DSG acquittal reports shall be provided to the government during first quarter of the following year which eases the workloads and pressure mounted to them.

This has set a precedence for other districts and provinces in the country to follow suit as all acquittal reports can be furnished and submitted to the government for compliance purposes.

Although the DDA Chairman and Late MP was not present to submit the district acquittal reports but commended district administration for their tireless effort in compiling the reports.

Sai’i paid tribute to Late Ganasi for successfully implementing DSIP in his electorate over the previous years despite facing administrative hiccups and court orders.

Meanwhile, the Aide Ganasi Foundation building, the pride of the people of South Fly will be officially open on March 3. It was an impact project for Late Ganasi which named after him cost K5 million.

Prime Minister Peter O’Neill is anticipated to officiate the opening since Ganasi was his party member.