She was more than an educator 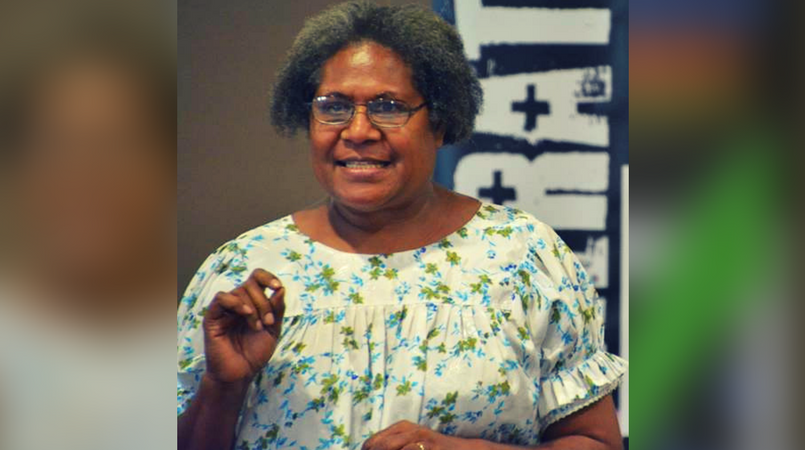 Mrs Garua Peni was more than an educator, or senior University of PNG staff member, or mentor.

“For those of us (students) who got the privilege to know her and her family personally, she was a counsellor, a confidante, a champion, a friend; in short, she was a ‘mother’ to us throughout our time at UPNG and even now (years later),” says former student and peer educator, Fredah Joses.

“Her genuine words and actions of wisdom, kindness, love, correction, integrity and guidance will always remain with us.

“She was one of those true unsung heroes of Papua New Guinea, who were responsible for shaping many of today's bright emerging leaders.”

Joses was just one of the many former UPNG students who were hit hard by the recent untimely passing of Mrs Peni, a woman blessed with the special gift of bringing together vastly different people and making them believe in their greatness.

The late Peni, from Bialla and Hoskins in West New Britain Province, was a former UPNG student.

She started off as an academic and eventually made her way up to the student services division director post, where she occupied for over a decade.

Her role included but was not limited to supporting students’ welfare and development, providing support for residence and boarding, counselling services, spiritual services, sports and recreation, peer education and student job placement.

“She made university a home, instead of just a place to get an educational qualification,” continues Joses.

“Yet, despite all her selflessness, she never once wanted nor sought for any sort of recognition or acknowledgement.

“Thank you to the Peni family for sharing your mother with us.”

Meanwhile, two funeral services have been scheduled for the former academic.

After Thursday’s service, Mrs Peni’s body will leave Port Moresby for Kimbe the next day.

For those willing to support the Peni family during their time of loss, the account details are as follows:

The late Mrs Peni is survived by her husband Ekonia, 7 children and 7 grandchildren.

(Picture courtesy of The Voice Inc)