Push for govt action on GBV 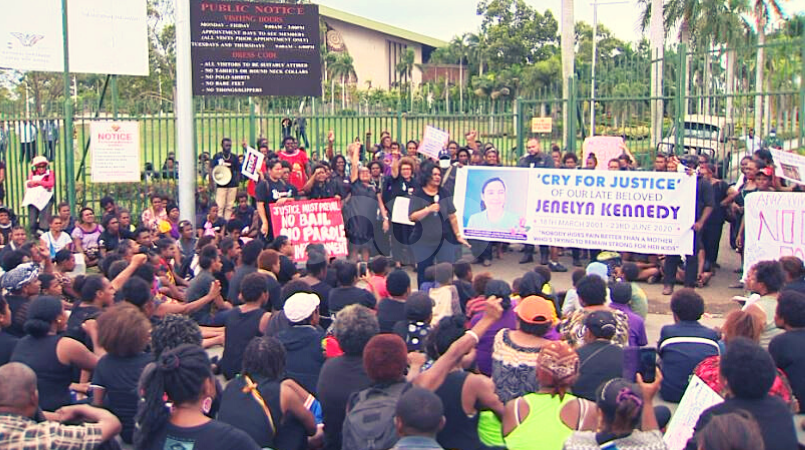 Over a thousand concerned residents gathered outside the Parliament premises to push the government into action.

They want action against gender-based violence.

Two marches were held today in memory of the late Jenelyn Kennedy as well as those who have lost their lives to gender-based violence.

A large number turned up as early as 10am to show support in the fight against GBV.

The group made its way to Parliament, where they met up with a second group. From there they set off for the Sir John Guise Stadium, where the late Kennedy’s vigil will be held this evening.

The families of the late 19-year-old, along with concerned individuals, are gathering their voices to say ‘enough is enough’. Too many women have suffered with no action being taken to protect the mothers and daughters of PNG. Concerned citizens are calling for the actual enforcement of laws and policies.

Meantime, Finance Minister, Renbo Paita, met with the crowd at the Sir John Guise Stadium, where he expressed remorse at the amount of violence suffered by PNG’s womenfolk.