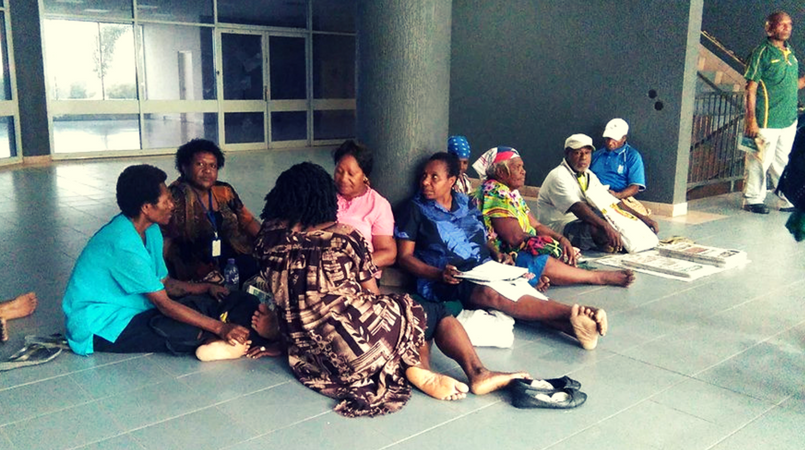 The National Government is yet to settle outstanding rental payments for the Department of Health and the Lands Department.

Health Department workers were still locked outside their Waigani office this morning when this newsroom visited them.

Despite the dull day, Health Department staff still went to work but only to find out again that their offices were still locked.

They arrived at work at 8am and sat outside the entrance of the Department office, with hopes that a senior officer will inform them whether the office was going to be reopened or not.

Some had personal items still in the office and were concerned.

Although there was disappointment and frustration, many were too afraid to speak out publicly for fear of losing their jobs.

But it has been four days now since the office was closed due to non-payment of rent.

Nambawan Super Ltd, as the landlord, had G4S Security guards stationed at all the entrances of the Department building.

This was the same scene at the Land’s Department office.

Despite public servants having two more weeks before Christmas break, staff here went on break early with only the security guards manning the premises.

Frustrated clients accused the Government of using this technique to delay payment of claims until the close of Government accounts, which was today.

Meanwhile, the Government has given the assurance that rentals will be settled sometime this week.