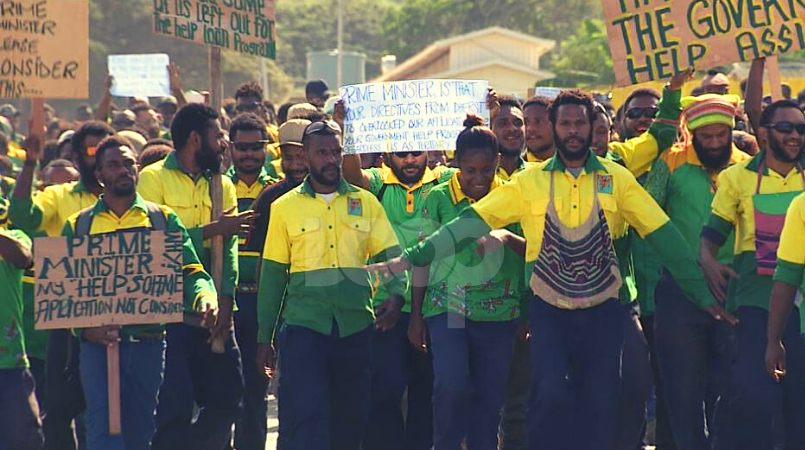 The Port Moresby Technical College (POM tech) students are calling on the Department of Higher Education, Research, Science and Technology to explain why only a few applications of the students were considered for the Higher Education Loan Program.

The students did not attend classes this morning. They staged a peaceful protest within their school premises calling on the government to explain why only a few applications of students were considered for the Higher Education Loan Program, or HELP.

According to the students, only three out of the seven courses offered by the school were considered for the loan program. From the 600 students of these three courses, only 150 applications were approved.

The school has 1,200 students. Through the government’s HELP, students in recognised tertiary institutions can apply, on the condition that they will repay once they secure a job.

“POM tech institution is a government recognised institution and not a private institution so why ol mekim olsem?” stated male representative, Moses Mai.

For these students, about 90 percent of them have applied for the loan program for the second semester. Most of them as they expressed come from struggling homes. They say HELP would really take the burden off their parents.

“This is a problem affecting all the institution in the country or only POM tech is facing this?”

With semester one coming to a closure, the students are scrambling to get answers.