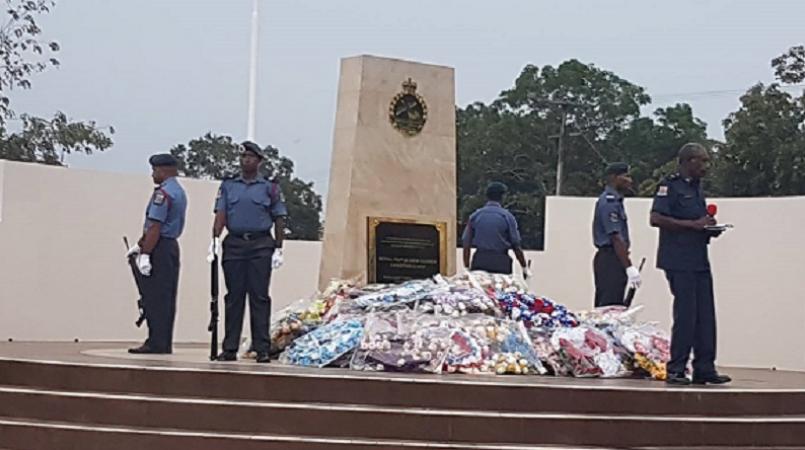 ​The Royal PNG Police Constabulary this morning gathered to commemorate personnel who died while in service.

This year instead of the usual traditional mass, the officers and dignitaries gathered for a dawn service them a commemoration and unveiling of a police memorial to commemorate fallen comrades.

Police Commissioner, Gari Baki said that today’s celebrations is the first of its kind placing significance on the main agenda of the day which is to remember the lives of the service personnel that died while on duty.

“Now we have a memorial monument it will capture the records of any of the service personnel that were slain during the line of duty.

“We have their names displayed so that it becomes history and as a record.

“All young policeperson coming through the training at the college will find time to look at it and begin to appreciate that the RPNGC has a history in maintaining the records of service personnel being killed in the line of duty” Baki said.

The Commissioner further thanked the Australian Federal Police under the Police and partnership program to assist and get the memorial established.

Baki added that he is proud of the fact that at least now the constabulary has a monument to remember its fallen officers.