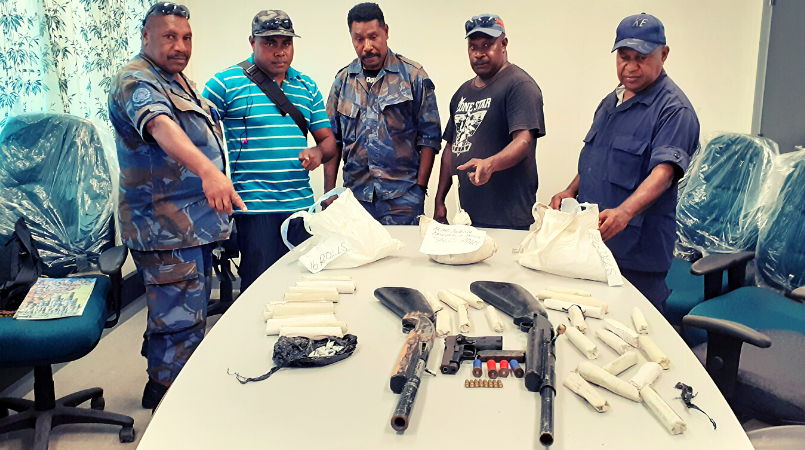 Police in Manus intercepted a boat near Lorengau town on the 19th of March, and confiscated large quantities of drugs and firearms.

The six suspects were arrested and charged for conveying drugs and in possession of the unlicensed  firearms and ammunitions.

Of the six people arrested, one of them was a former prisoner who was recently discharged from Beon CS.

Yapu said his CID officers have contacted their colleagues in Madang and Lae and provided information on the arrest of the six suspects.

He commended the Mobile Squad 10 members from Mendi, with his local police, for intercepting the firearms and drugs coming into the Province and preventing what could have been a major hold up.

PPC Yapu said they received  intelligence report of armed criminal elements who will travel by road from Lae to Madang, and travel by boat to Manus to commit a major armed robbery.

(The drugs, firearms, ammunitions taken from the boat)