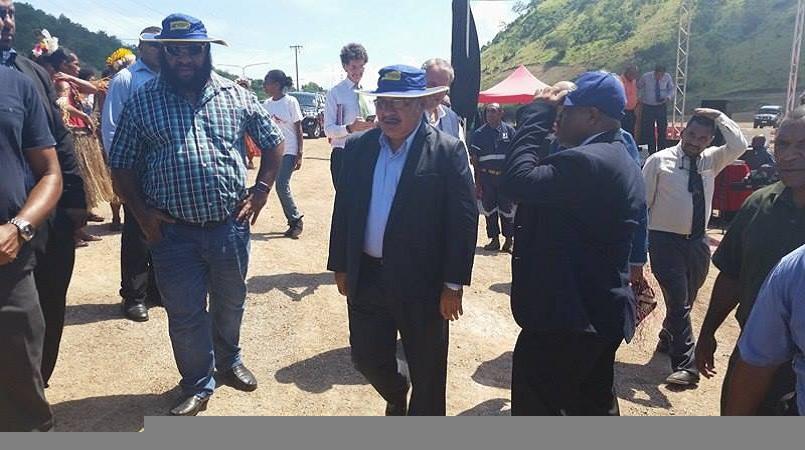 Prime Minister Peter O’Neill has clarified that the infrastructure built by Government was according to the population of people in a certain area.

O’Neill made this statement today when officially opening the Sir Reuben Taureka Highway along the Six-Mile to Bautama turn-off in the Central Province.

He said his government has been criticised for building infrastructure in the nation’s capital lately.

However, he said those criticisms are mere talk to get political gain.

“Criticisms are sometimes very healthy when its constructive criticism and not unnecessary criticisms.

“When you do such criticisms that is not constructive, you are simply making me stubborn.

“And that means I am on the right path so I will build more roads, more schools, more hospitals, more airports and more infrastructure for our people.

“Governments always spend money on infrastructures based on populations.

“There is no other formula.

“When you have a population of like one million people living in the city, then you need to upgrade the infrastructure that is needed.”

He gave an example to his electorate in Pangia in Southern Highlands Province where the population is about 120,000 which only require a two lane and not a four lane road.

He added that it is only economical viable to build infrastructure where most people live because they will use it.

O’Neill stressed that what his government has done for the past years is something the country haven’t seen for the past 41 years.