Officers forge ahead despite rundown station 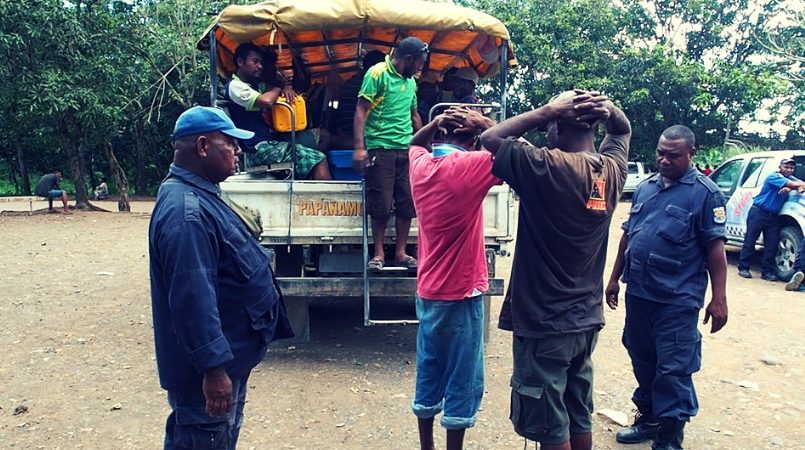 Despite being in a deplorable state, four regular policemen and a number of reservists continue to man the Doa Police Station located in the Kairuku-Hiri electorate of Central Province.

The station has been without water for some time and the cell blocks are unhygienic and unfit for human occupancy.

The Doa Police Station was built by the Galley Reach Holdings in 1999 as part of the company’s community support and it is strategically located along the Hiritano Highway linking NCD, Central and Gulf Province.

Senior Constable Helie said the station is currently staffed by four regular policemen and some volunteer reservists who provide policing services to thousands of people living in this part of the province. He said of late, Doa has seen a rise in lawless activities culminating from consumption of home brewed liquor and cannabis.

He said crimes such as robbery, murder and rape are also common, adding the abuse of liquor and drugs were also considered as attributing factors.

Over the past few years, they have arrested and prosecuted several suspects involved in smuggling large quantities of cannabis originating from the highlands and destined for NCD or possibly overseas.

Senior Constable Helie said despite the shortage of manpower, police in Doa have forged a mutual understanding with the community and are using intelligence information supplied by their contacts to curtail crime as well as mediate peace and good order throughout the constituency.

“I am fervently hoping for the top echelon of the Constabulary to look at our plight and provide necessary support in terms of logistics and manpower so that we can improve policing services in this part of the country,” Senior Constable Helie stated.