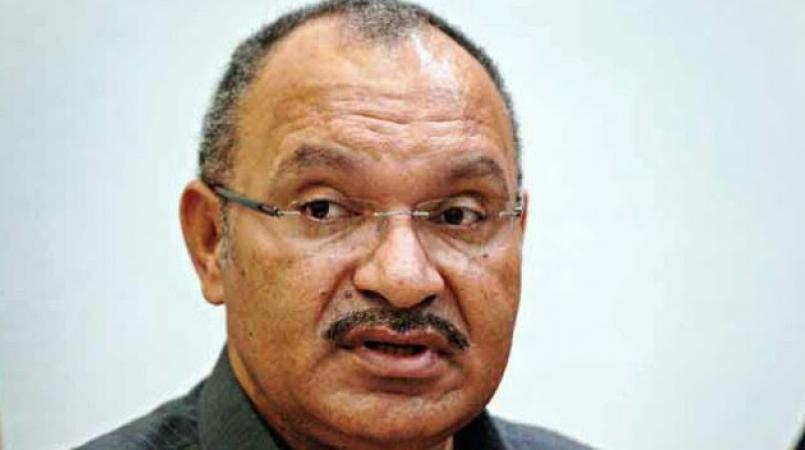 Prime Minister, Peter O’Neill has questioned the integrity of the Member for Moresby North West, Sir Mekere Morauta, over comments he has made in relation to the decision by Kumul Petroleum Holdings Limited to divest shares in Oil Search Limited.

O’Neill dismissed the claims as being based on Sir Mekere’s imaginary figures, saying instead that on balance, the State has made around a 100 million Kina from the sale in Oil Search project.

“The State’s investment in Oil Search was the right decision at the time, it helped maintain confidence in the oil and gas sector, but was undermined by unforeseen global factors and baseless political opposition,” he said.

“This has been a business decision based on anticipated return on investment, and has delivered the most prudent outcome for the State considering the consequences of the earlier energy price lows.

“Terminating the collar arrangement has resulted in a recovery of the remaining prepaid interest on the loan.

“The balance from this deal will likely be a 100 million Kina gain for Papua New Guinea.

“This is nothing like the shady deal by Sir Mekere’s friends in the Somare Government, who lost the State hundreds of millions of Kina through the IPIC deal and subsequent losses suffered as result of currency swap on the loan from US dollar to Australian dollar.

“The reality is that the Oil Search arrangement did not cost the State a toea from Treasury in repayments or interest.

“Repayments were made through the collar and the sale of shares was scheduled over time to repay the loan.”

The Prime Minister said in early 2014 that action had to be taken to protect the interests of the State, and investment in the largest resources company was the right move.

“We were at risk of a situation where shareholding in one of the largest companies in the country would fall into the wrong hands.

“We had seen similar outcomes ten years earlier when a previous Government had allowed this to happen.

“The Government’s intervention to buy shares in Oil Search had a positive influence in the direction Oil Search has taken, and boosted investor confidence in Papua New Guinea.”

PM O’Neill condemned the blatant ongoing negative politicisation of investment in the country’s resources by people who should know better.

“There are arm-chair critics who make no positive input to business and investment.

“The Oil Search investment is more complex than they can grasp, and misleading claims by the likes of Morauta only undermine confidence.

“Who is he to talk about investment?

“He ran all state investments into the ground nearly twenty years ago, and today he maintains his illegal control of PNGSDP. This is fraud against the people especially in Western Province and our Government will commence criminal investigations.

“The question must be put back on Morauta to explain the many hundreds of millions of Kina that have gone missing from PNGSDP in the form of advisory fees and commissions and excessive board fees.”

The Prime Minister said the divestment does not diminish the excellent relationship between the State and Oil Search.

“The Government and Oil Search have continued co-operation and mutual interests across a range of activities in Papua New Guinea.

“Oil Search has an outstanding reputation delivering for its shareholders, and has been an extremely responsible corporate citizen, investing millions of Kina in social development programs that help people around Papua New Guinea.”