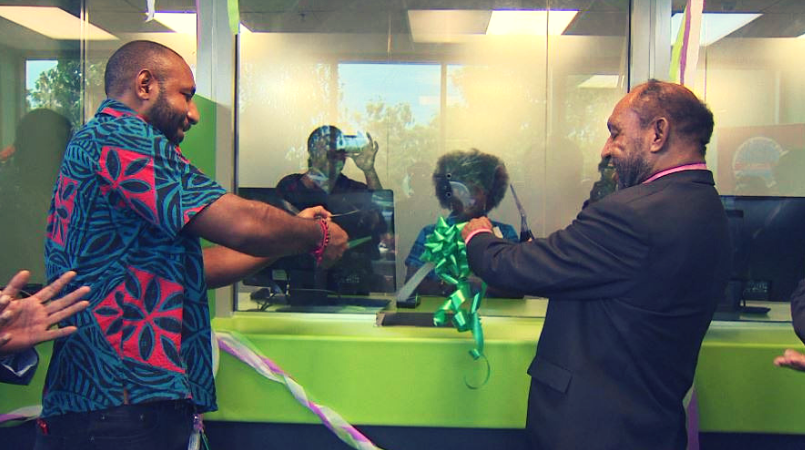 The facility is part of a modernisation program undertaken by the Department to improve its interaction with clients.

“These revenues that come into the public accounts to ensure that we service the nation and having a good interface between our clients and having a modernised way of doing business, instead of the long queue, standing outside, collecting cash, giving receipts, what was an activity that belonged to the 1980’s and 1990s have been phased out now,” said Marape.

The new cash office is fitted with benches, a TV set advertising undertakings by the Department, and banners promoting its anti-corruption drive.

“We’ve tried to clean the image of Finance Department both physical image as well the status image and it is a work in progress and we have made big steps,” Marape said.

Chief Secretary Isaac Lupari commended the Department, saying it is at the forefront of modernisation.

“The Department of Finance is finding its right place, because you are an important department in terms of the management of public accounts and expenditure and so forth. Because at the end it’s about accountability and visibility,” said Lupari.

Finschhafen MP Rainbo Paita and Enga Governor, Sir Peter Ipatas, were given the honour of declaring the opening of the new cash office for business.